In what the authorities called a "pay-to-stay" scheme, foreign students knowingly enrolled in the fake school to falsely maintain their student visa status, alleged US prosecutors. 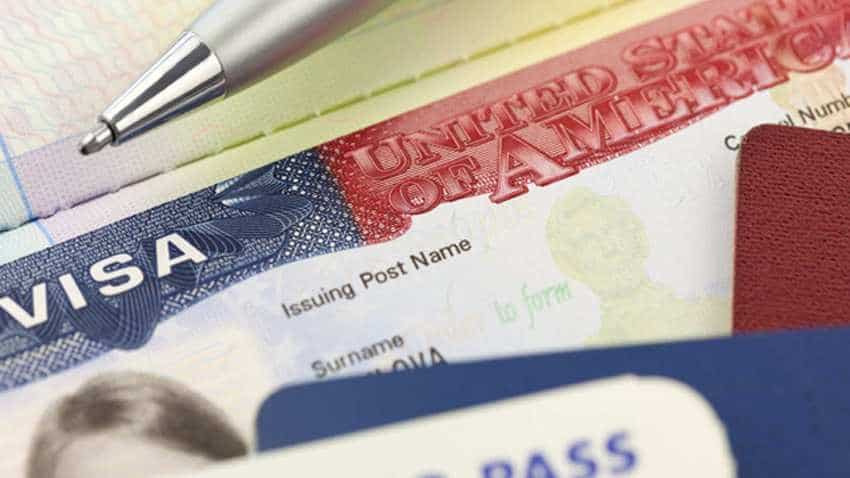 Meanwhile, the Indian Embassy here has appointed a nodal officer here to help the students in distress.

As many as 129 Indians were among the 130 foreign students arrested for enroling at a fake university allegedly to remain in the US, officials said on Friday, even as immigration attorneys claimed that the youths were not aware of the varsity's illegitimate operation and criticised authorities for using "troubling" methods to trap them.

The university in Detroit's Farmington Hills was part of an undercover operation by the Department of Homeland Security (DHS) designed to expose immigration fraud, according to federal prosecutors who announced charges in the case.

In what the authorities called a "pay-to-stay" scheme, foreign students knowingly enrolled in the fake school to falsely maintain their student visa status and remain in the US, according to prosecutors.

"The ICE (Immigration and Customs Enforcement) has administratively arrested 130 foreign nationals enrolled at the University of Farmington for civil immigration violations. Of the 130, 129 were Indian nationals," Khaalid H Walls, an ICE spokesperson, told PTI.

"These individuals have been placed in removal proceedings, and ICE will seek to maintain them in its custody pending the outcome of those proceedings," he said.

The ICE agents made the arrests on Wednesday, the same day federal indictments were unsealed that charged eight people, all of whom are either Indians or Indo-Americans, in a visa fraud scheme.

The eight defendants were charged criminally for conspiracy to commit visa fraud and harbouring aliens for profit. But the 130 students were arrested on only civil immigration charges, Detroit Free Press reported.

The sweep was one of the largest targeting immigrants from India in recent years, immigration attorneys said.

The arrests took place across the US, in New Jersey, Atlanta, Houston, Michigan, California, Louisiana, North Carolina and St Louis. The students had immigrated legally to the US on student visas and had transferred to the University of Farmington so they could work, said attorneys.

Federal prosecutors claim the students were aware the university was not running a legitimate operation. But attorneys who have spoken with students or with family and friends of those arrested are pushing back against the government's claims.

Ravi Mannam, an immigration attorney in Atlanta, said the fake university "hooked these students by promising them credits for their previous master's programmes".

He said what the University of Farmington was offering - allowing students to work while enrolled - is not unusual. So the students may have thought it was an authorised university and work programme through a type of F-1 visa known as CPT (Curricular Practical Training).

Michael Sofo, an attorney in Atlanta with Mannan and Associates, said based on what he has heard about the students, it's "not been the case" that they were knowingly participating in an illegal operation.

"There are specific universities who have advanced degree programmes that primarily involved practical training from day one that allows them to enroll and the bulk of the time is spent working," Sofo said. The courses "can be done at a remote location. It doesn't have to be where they attend the university...Programmes like this exist and they are legal."

Mannam said some Indians had come to the US to enroll elsewhere, only to find that their intended programme had lost accreditation. So they enrolled at the University of Farmington, believing that they could apply their prior credits to the new programme, which seemed to emphasise work experience, he said.

Other students had completed legitimate master's in the US but were waiting to be approved for a specialty work visa, so they enrolled in school as a stopgap measure. "The government utilised very questionable and troubling methods to get these foreign students to join the institution," Mannam said.

In New Delhi, Ministry of External Affairs Spokesperson Raveesh Kumar said, "We are aware about this incident. We are ascertaining more details (through) our embassy in Washington and different consulates in the US...We have also mobilised the Indian community organisations in the US to extend all possible support to the Indian students who are affected by this incident."

The ICE said foreign students are granted what are called "F" and "M" visas to study in the US and must maintain their legal status by enrolling in a varsity certified by the Student and Exchange Visitor Program. The ICE said since the Farmington varsity did not offer courses, the students were using the programme as a way to work.

On Thursday, the DHS shut down a website they had been created for the University of Farmington. The website tells affected students to contact their local office of Homeland Security Investigations, the ICE agency that did the undercover operation.

Meanwhile, the Indian Embassy here has appointed a nodal officer here to help the students in distress.