Why Jack Ma wants to retire from Alibaba at 54: China' richest man's reason may inspire you 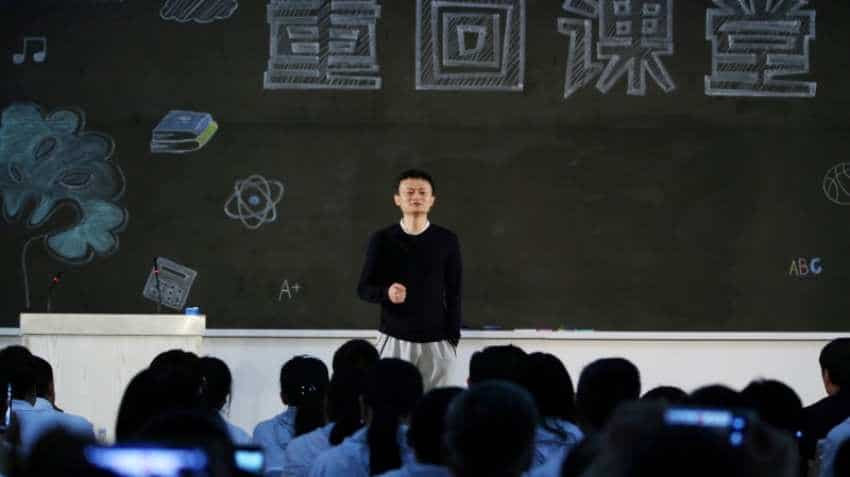 In a news that has surprised the corporate world and followers, New York Times reports that Alibaba Group Holding Ltd`s co-founder and executive chairman Jack Ma will retire from his e-commerce company on Monday. The reason for his decision, as per the NYT report, is, however, inspiring. A former English teacher, Jack Ma seeks to focus on philanthropy in education.

Ma is one of China`s best known corporate leaders. He will remain on the company`s board of directors and continue to mentor its management, according to report first published on Friday. It further said that there was immediate clarity on whether the company will appoint a new chairman.

Alibaba has not formally responded to the news of Jack Ma's retirement plan. But the company said in a social media post on Saturday that Ma had met visiting African leaders and business partners recently.

Ma is China`s third-richest person with a net worth of $36.6 billion, according to Forbes magazine. Ma had founded Alibaba in 1999, making it one of the world’s biggest e-commerce and digital payments companies. The company also transformed how Chinese people buy things things. He stepped down as chief executive in 2013. Since then, he has been serving as the company`s international face at top political and bushiness`s events.

The NYT quoted Ma as saying that his retirement was not the end of an era, but the beginning of one. According to the report, Ma said in an interview, he would “I love education” and he would be spending more of his time and fortune on education.

Ma will turn 54 on Monday. He already oversees a number of charitable projects in education and environmental fields.

Experts say that Ma's retirement won't significantly change his involvement with the company. "I don`t think it means that much, frankly. He stepped back from the CEO role about four or five years ago and very specifically made a comment about wanting the younger people to lead the company," Kevin Carter, founder of The Emerging Markets Internet exchange-trade fund, told news agency Reuters.

"I`m sure he`ll be just as involved as he has been in his chairman role, even if he doesn`t have the formal title," added Carter.

Alibaba is currently valued at $422 billion.