Who is Julian Assange, WikiLeaks founder arrested by British police today; all you need to know

WikiLeaks founder Julian Assange was arrested by the British police on Thursday from the Ecuadorean embassy. Here is all you need to know about him. 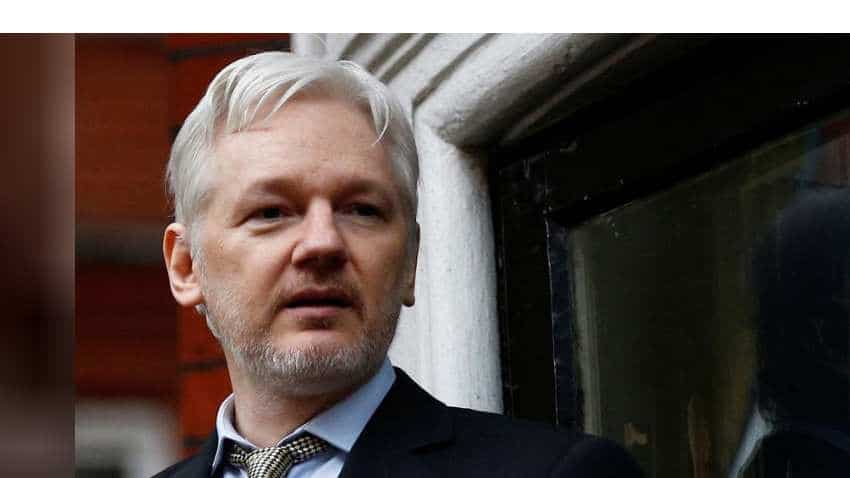 He was taken into custody at a central London police station and will now be brought before Westminster Magistrates' Court. Source - Reuters.
Written By: ZeeBiz WebTeam
RELATED NEWS

WikiLeaks founder Julian Assange was arrested by the British police on Thursday from the Ecuadorean embassy. The 47-year-old was living in the embassy since 2012. "Julian Assange, 47, has today, Thursday 11 April, been arrested by officers from the Metropolitan Police Service (MPS) at the Embassy of Ecuador," police said. It added that the arrest was made after police was "invited into the embassy by the Ambassador, following the Ecuadorean government`s withdrawal of asylum." He had taken refuge in Ecuador`s London embassy in 2012 to avoid being extradited to Sweden, where authorities wanted to question him as part of a sexual assault investigation.

He was taken into custody at a central London police station and will now be brought before Westminster Magistrates' Court. His relationship with Ecuador turned sour after the hosts accused him of leaking information about President Lenin Moreno`s personal life. Moreno had previously said Assange has violated the terms of his asylum.

Here is all you need to know about the WikiLeaks founder Julian Assange:

- Assange is an Australian computer programmer and the editor of WikiLeaks which he founded in 2006.

- The platform came to notice in 2010 after publishing a series of leaks provided by Chelsea Manning. These included the Collateral Murder video, the Afghanistan war logs, the Iraq war logs, and CableGate.

- After this, the United States government had launched a criminal investigation into WikiLeaks and asked allied nations for assistance. In 2010, an arrest warrant was issued against Assange by the Swedish government.

- He was surrendered to the UK police in December 2010 but was granted bail 10 days later. Having been unsuccessful in his challenge to the extradition proceedings, he breached his bail and absconded.

- Assange was granted asylum by Ecuador in August 2012 and remained in the Embassy of Ecuador in London until his arrest. He has also held Ecuadorian citizenship since December 12, 2017.

To some, Assange is a hero for exposing what supporters say is abuse of power by modern states and for championing free speech. But to others, he is a dangerous rebel who has undermined the security of the United States.