Weekend Inspiration: This woman's story has blown Bill Gates 'right out of the water'

Rarely, we meet people whose accomplishments seem impossible. Microsoft co-founder is one such person. 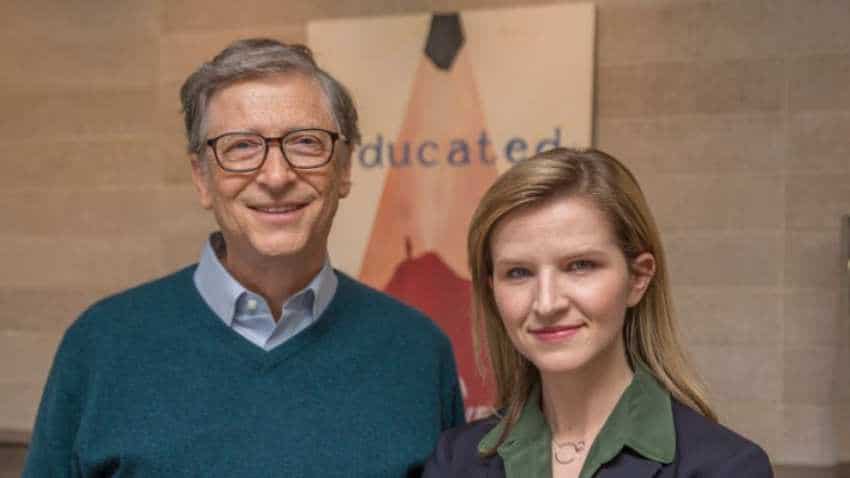 Rarely, we meet people whose accomplishments seem impossible. Microsoft co-founder is one such person. But, do you know that there are peope in the world who blows even Gates right out of the water.

Gates takes pride in his ability to teach himself. Whenever he doesn't know anything, he reads the textbook or watch an online course until he does. Gates thought he was "pretty good" at teaching himself. Not until, he read Tara Westover’s memoir 'Educated'. Her story would actually blow you also right out of the water.

In a blog early this month, Gates wrote about the incredible story of Tara. She was raised in a Mormon survivalist home in rural Idaho of the United States. Her dad didn't have mainstream views about the government and public institutions.

He believed that doomsday was coming, hence the family shouldn't interact with health and education systems. Because of this, she couldn't attend any class till she was 17. Meanwhile, her mother's brain injury in a car attack went untreated and she never fully recovered.

Tara and her six siblings worked at their father's junkyard from a very young age and none of them had received any homeschooling either. Gates writes that Tara taught herself algebra and trigonometry and self-prepared for American College Testing (ACT) where she performed well and earned admission to Brigham Young University.

Tara went on to earn her doctorate in intellectual history from Cambridge University. In fact, she was also a Gates Scholar which the Microsoft co-founder realised only after reading her memoir. About 'Educated', Gates says it is "an amazing story, and I get why it’s spent so much time on the top of the New York Times bestseller list."

The memoir reminded Gates of Netflix documentary 'Wild, Wild Country'. However, Gates writes, "But unlike Wild, Wild Country—which revels in the strangeness of its subjects—Educated doesn’t feel voyeuristic.

Tara is never cruel, even when she’s writing about some of her father’s most fringe beliefs. It’s clear that her whole family, including her mom and dad, is energetic and talented. Whatever their ideas are, they pursue them."

Among seven Westover siblings, three of them have left homes and earned PhDs.