Viral in China: 'Duplicate' Jack Ma's earning doubles, thanks to his face

Well, Jack Ma, who is is the co-founder and executive chairman of the Alibaba Group, has a duplicate. In China, a video has gone viral on the internet showing a person looking like Jack Ma. 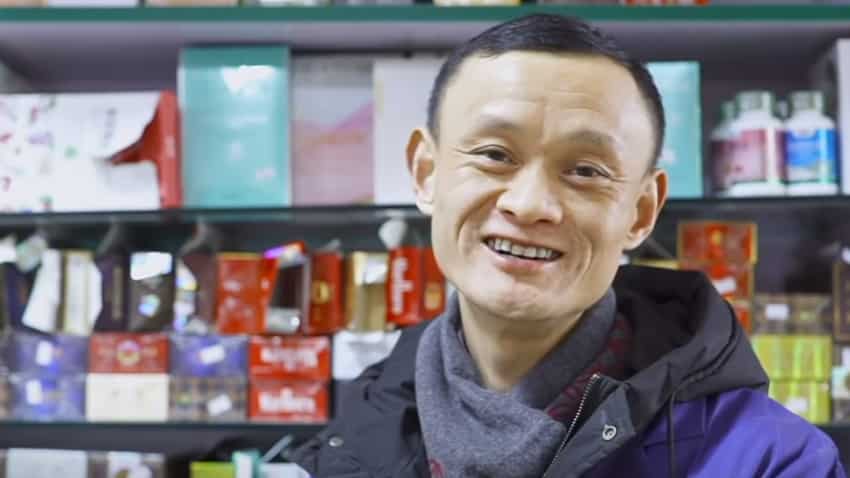 Have you seen people having their duplicates? Well, Jack Ma, who is is the co-founder and executive chairman of the Alibaba Group, has a duplicate. In China, a video has gone viral on the internet showing a person looking like Jack Ma. This man who looks like Jack Ma is Wu Xuelin, the owner of a grocery store in China.

Jack Ma has more than 1 million followers and he is a Chinese business magnate, investor, and philanthropist.

Wu Xuelin has a similar face as Jack Ma is surprising. And this resemblance has even brought business growth to Wu Xuelin's grocery store, also making him an internet star in China. The news of Wu's striking resemblance with the Alibaba co-founder has reached the billionaire and the latter has reportedly offered help. As per agency reports, Wu's income was 40,000 Yuan (Rs 4.12 lakh) earlier. This has now grown to 90,000 Yuan (Rs 9.36 lakh). Wu has reportedly refused the offer from Jack Ma and said he will not leave his grossery store.

Wu has changed his name and introduces himself as little Jack Ma on social media. People from many parts of the country come to see Wu. Selfies with him are also in  high demand.

A prominent business figure, Jack Ma is seen as a global ambassador for Chinese business and as such is frequently listed as one of the world's most powerful people by American business magazine Forbes. The net worth of Jack Ma in November 2018 was US$34.7 billion.