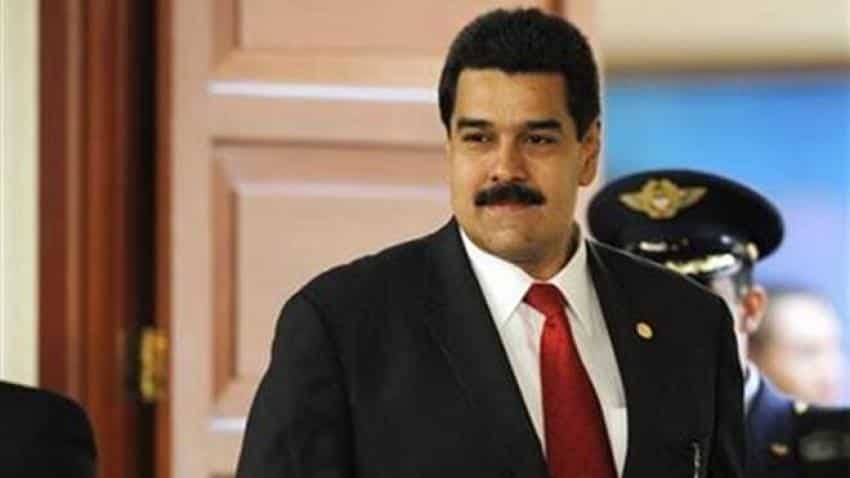 Venezuelan President Nicolas Maduro has decided to eliminate three zeros off the country`s inflation-ridden currency, the bolivar, taking effect from June 4, as an economic measure to "guarantee commercial activities". "I have decided to reduce three zeros of the currency and take out of circulation the current bills and put into circulation new bills," Maduro said on Thursday during a broadcast on state channel VTV.

The President said that this new monetary denomination, which replaces the one he established in January 2017, will help the government fight the "economic war of financial persecution", which he claimed was masterminded by Colombian President Juan Manuel Santos with the help of Venezuelan opposition leader Julio Borges, Efe news reported.

"That war is directed from Colombia, personally directed by Santos, advised by Borges," he said, while also accusing them of "stealing" the country`s oil money.

However, 500 bolivars, the new maximum denomination of the country`s bills, amount to only $0.01, according to the official exchange rate of 43,980 bolivars per one dollar.

According to the President, this measure represents "the defence of the bolivar" and that these new bills will be known as "sovereign bolivar".