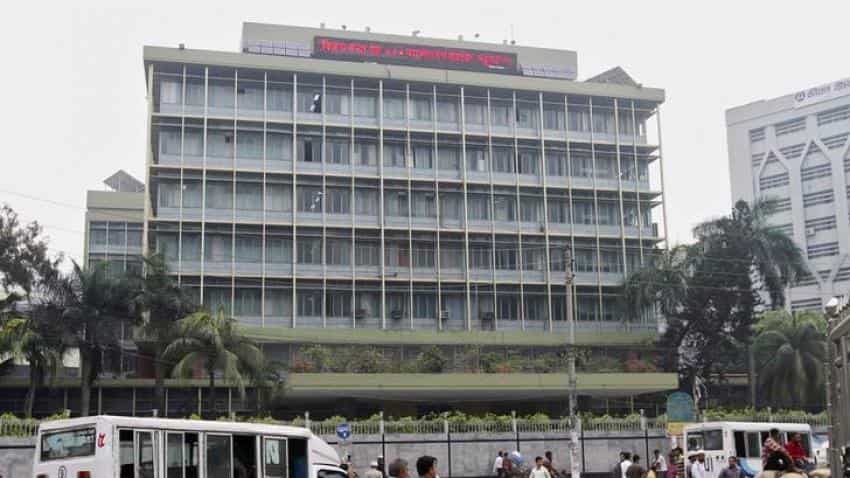 Commuters pass by the front of the Bangladesh central bank building in Dhaka. Image Source: Reuters

The FBI is negotiating with a former branch manager of a Philippines bank for information relating to $81 million (nearly Rs 538.9 crore) that she handled after it was stolen from the Bangladesh central bank's account at the New York Federal Reserve, her lawyer said.

Federal Bureau of Investigation (FBI) officials have presented a "proffer", or proposal, to the branch manager, Maia Deguito, to tell them all she knows about who received the money, the attorney, Ferdinand Topacio, told Reuters.

He showed Reuters a copy of an unsigned proffer agreement.

According to Topacio, US investigators are trying to get Deguito, who has been fired by the Rizal Commercial Banking Corp (RCBC) for her role in the case, to share details about long-time bank client Kim Wong, who is a casino owner and agent.

Under the proposed agreement, any evidence Deguito gives will not be used to prosecute her, but she will be liable if she lies or hides any relevant information. She is currently on bail in a perjury case related to the heist.

In several face-to-face meetings in Manila, starting in May, the two sides also discussed relocating Deguito and her family - her husband and three children - to the United States (US), Topacio said. The United States (US) has a visa programme for foreigners who assist law enforcement agencies but it is limited to 200 people a year.

Nearly eight months after the cyber heist, one of the biggest ever, investigations appear to have run up against a brick wall.

From the New York Fed, the $81 million (nearly Rs 538.9 crore) was sent by hackers to four accounts held in fake names at an RCBC branch in Manila where Deguito worked. The funds then changed hands several times and most of it vanished into the Philippines casino industry. About $18 million (nearly Rs 119.75 crore) have been recovered in all.

No arrests have been made despite investigations by the FBI, Interpol, Bangladesh police and authorities in the Philippines.

Two sources in Bangladesh with knowledge of the FBI`s investigations confirmed that the American agency was trying to talk to "persons of interest" in the Philippines.

Topacio said negotiations with the US officials on the offer were continuing because the immunity offered to his client was only limited to her evidence.

"I thought that was dangerous. We want total immunity," he told Reuters. "It's not a finished...transaction."

The proposed agreement mentions Deguito and her lawyer and has the names of Manhattan US Attorney Preet Bharara and Lamont Siller, the FBI's legal attache at the US embassy in Manila, at the bottom of the form.

Casion Boss Wong has admitted in hearings during a Philippines Senate inquiry that he received millions of dollars of the funds from two Chinese gamblers but did not know they were stolen.

Wong has returned $15 million (nearly Rs 99.8 crore) of around $35 million (nearly Rs 232.85 crore) he said he received and that the rest was spent in buying gambling chips for clients. He has denied involvement in the heist.Wong was not available for comment on this story and his lawyer did not respond to requests for comment.

Deguito has told the Philippines Senate that Wong was a client of hers in a previous job at East West Banking Corp and he followed her when she moved to RCBC. Deguito had "snippets of information" that may be useful to the American investigators, Topacio said.

"We told the FBI "we will tell you everything we know and you connect the dots," Topacio said.

Deguito told the Senate inquiry she helped set up five fake accounts, including the four that received the heist money, and facilitated the withdrawal of some of the funds. Wong was one of the recipients.

She has said she was only following orders from her superiors and denies wrongdoing.

Lorenzo Tan, who was president of RCBC at the time of the heist, filed the perjury case against Deguito, accusing her of libel and false testimony. She was arrested and released on bail.