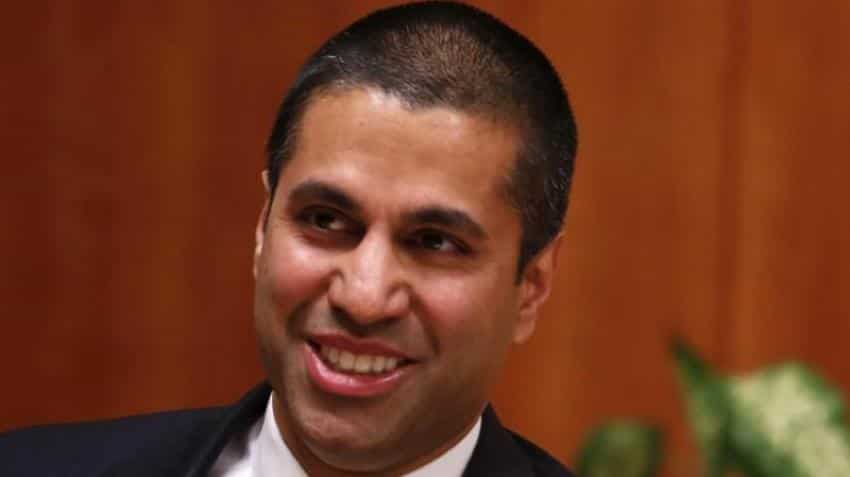 Pai has argued that the 2015 rules were heavy handed and stifled competition and innovation among service providers. Image source: Reuters

The U.S. Federal Communications Commission voted along party lines on Thursday to repeal landmark 2015 rules aimed at ensuring a free and open internet, setting up a court fight over a move that could recast the digital landscape.

The approval of FCC Chairman Ajit Pai`s proposal in a 3-2 vote marked a victory for internet service providers such as AT&T Inc, Comcast Corp and Verizon Communications Inc and hands them power over what content consumers can access. It also is the biggest win for Pai in his sweeping effort to undo many telecommunications regulations since taking over at the agency in January.

Democrats, Hollywood and companies such as Google parent Alphabet Inc and Facebook Inc had urged Pai, a Republican appointed by U.S. President Donald Trump, to keep the Obama-era rules barring service providers from blocking, slowing access to or charging more for certain content. The new rules give internet service providers sweeping powers to change how consumers access the internet but must have new transparency requirements that will require them to disclose any changes to consumers.

The meeting, held amid protests online and in front of the FCC headquarters in Washington, was evacuated before the vote for about 10 minutes due to an unspecified security threat, and resumed after law enforcement with sniffer dogs checked the room.

White House spokeswoman Sarah Sanders told reporters the administration "supports the FCC’s efforts. At the same time, the White House certainly has and always will support a free and fair internet."

New York Attorney General Eric Schneiderman, a Democrat, said in a statement he will lead a multi-state lawsuit to challenge the reversal.

Shares of Alphabet, Apple Inc and Microsoft Corp moved lower after the vote.

The FCC said the rules would take effect in a few months after the White House Office of Management and Budget formally approves them.

Pai has argued that the 2015 rules were heavy handed and stifled competition and innovation among service providers.

"The internet wasn`t broken in 2015. We weren`t living in a digital dystopia," he said on Thursday.

NEXT STEPS
Consumers are unlikely to see immediate changes but smaller startups worry the lack of restrictions could drive up costs or lead to their content being blocked.

Internet service providers say they will not block or throttle legal content but may engage in paid prioritisation. They argue that the largely unregulated internet functioned well in the two decades before the 2015 order.

Republican FCC Commissioner Mike O`Rielly noted that self-driving vehicles and remotely monitored medical procedures may require internet service and that their needs could be given priority "over cat videos."

O`Rielly said it is unlikely any internet provider would voluntarily submit to a "PR nightmare" by "attempting to engage in blocking, throttling or improper discrimination. It is simply not worth the reputation cost."

Still, Democrats have pointed to polls showing a repeal is deeply unpopular and say they will prevail in protecting the rules, either in the courts or in U.S. Congress.

Immediately after the vote, Senator Edward Markey, a Democrat, said he and 15 other senators planned to introduce a resolution to undo the FCC action and restore the net neutrality rules.

FCC Commissioner Jessica Rosenworcel, a Democrat, said in a written dissent released on Thursday that the decision grants internet providers "extraordinary new power" from the FCC.

"They have the technical ability and business incentive to discriminate and manipulate your internet traffic," she said. "And now this agency gives them the legal green light to go ahead."

Several state attorneys general said before the vote they would oppose the ruling, citing issues with the public comment period. Other critics have said they will consider challenging what they see as weaker enforcement.

The 2015 rules were intended to give consumers equal access to web content and prevent broadband providers from favouring their own content. Those practices are now allowed as long as they are disclosed.

The broadband industry cheered the move. USTelecom, a lobbying group representing internet providers and broadband companies said after the vote they had "renewed confidence" to make network investments, particularly in rural communities.

On the other side, the trade group Internet Association, whose members include content providers Alphabet, Facebook and Pandora Media Inc, said "the fight isn`t over" and that it was weighing legal options in a lawsuit against the FCC order.

A University of Maryland poll had found more than 80 percent of respondents opposed a repeal. The survey of 1,077 registered voters was conducted online by the Program for Public Consultation from Dec. 6-8.