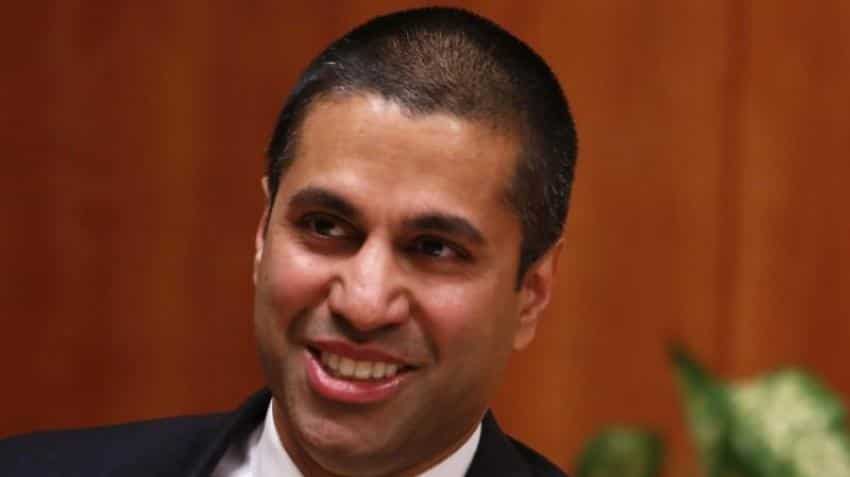 Pai said Monday in a statement the agencies "will work together to take targeted action against bad actors." Image source: Reuters
RELATED NEWS

The U.S. Federal Communications Commission plans to turn over oversight of internet service providers to another federal agency as it plans to vote on Thursday to revoke the landmark 2015 "net neutrality" rules.

On Monday, the FCC and Federal Trade Commission said they plan to enter into a Memorandum of Understanding to coordinate efforts under the new rules. The agencies said the proposal will "return jurisdiction to the FTC to police the conduct of ISPs."

Pai said Monday in a statement the agencies "will work together to take targeted action against bad actors."

Under Pai`s proposal, the FCC would no longer bar any specific internet provider practice but require companies to disclose if they block, throttle or offer paid prioritization of internet traffic.

FCC Commissioner Mignon Clyburn, a Democrat, said the agreement "is a confusing, lackluster, reactionary afterthought: an attempt to paper over weaknesses in the chairman’s draft proposal repealing the FCC’s 2015 net neutrality rules."

The FTC will investigate if internet providers fail to make accurate disclosures or if they engage in deceptive or unfair acts or practices. "The FTC is committed to ensuring that Internet service providers live up to the promises they make to consumers,” said Acting FTC Chairman Maureen Ohlhausen.

FCC Commissioner Jessica Rosenworcel, a Democrat, said "FTC enforcement would happen long after the fact -- many months, if not years, after consumers and businesses have been harmed."

Chris Lewis, vice president of advocacy group Public Knowledge, said the FCC is "joining forces with the FTC to say it will only act when a broadband provider is deceiving the public. This gives free reign to broadband providers to block or throttle your broadband service as long as they inform you."

Democrats and net neutrality advocates plan a series of protests ahead of Thursday`s vote. Pai`s proposal has already won the backing of the three Republicans on the five-member commission. The reversal represents a victory for big internet providers such as AT&T Inc , Comcast Corp and Verizon Communications Inc that opposed the 2015 rules.

The new rules are expected to take effect in January and draw court challenges.