President Donald Trump has said that talks with China to end the ongoing trade war between the world`s two largest economies have "already begun". 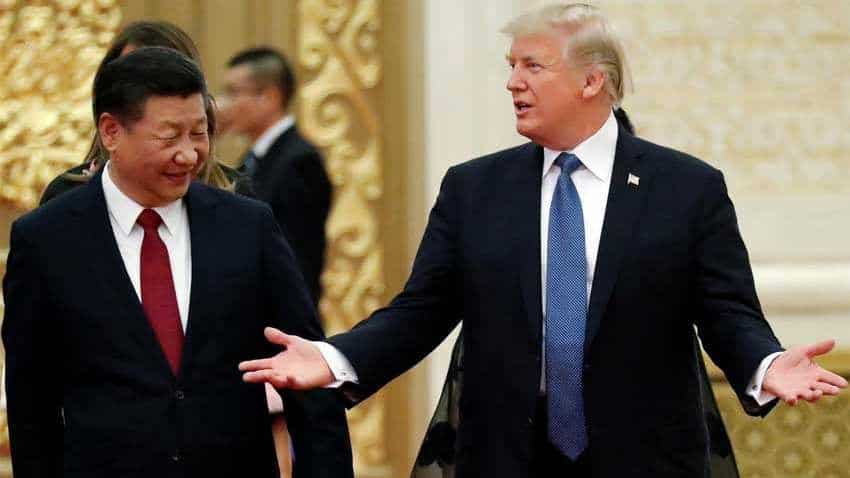 President Donald Trump has said that talks with China to end the ongoing trade war between the world`s two largest economies have "already begun". "It`s already begun," Efe news quoted Trump as saying to reporters at the White House on Monday. "They`re speaking very much on the phone but they`re also meeting," said the US President on being asked whether trade talks had resumed. "It has to be better for us than for them because they had such a big advantage for so many years," he added, evidently alluding to Beijing`s huge trade surplus with the US.

"Obviously, we can`t make a 50/50 deal. It has to be a deal that is somewhat tilted to our advantage," Trump stated. Trump`s statement came two days after he met with his Chinese counterpart Xi Jinping at the G20 summit in Japan. The new round of negotiations began with telephone calls during which the two sides were trying to decide where to hold the upcoming meetings between their top trade officials. Trump and Xi agreed at the G20 meeting in Osaka to allow US companies to sell products to Chinese tech giant Huawei.

In the run-up to his meeting with Xi, the US President had threatened to impose tariffs of between 10-25 percent on some $325 billion worth of Chinese imports, saber rattling that had alarmed the international markets and many companies, who feared rising prices for some of the products US consumers buy most often. The agreement with Xi implies that those tariff hikes are off the table for now, but the US is keeping its tariffs on $250 billion worth of Chinese goods in place and Beijing is maintaining its retaliatory tariffs on $110 billion worth of US imports.

The US measures against Huawei were the focus of a good part of the discussions in Osaka, given that the Trump administration had vetoed the sale of components and other items to the tech firm and is keeping in place an extradition order against the firm`s CFO, Meng Wanzhou, who is under arrest in Canada. In addition, the US Treasury in mid-May included Huawei on a black list preventing US firms from selling original components to it without prior administration approval, given the suspicions that the Chinese firm, a leader in developing next-generation 5G Internet technology, could use those systems for espionage.

As a result, firms like Google announced that it would cease providing tech services to Huawei, a situation that worried millions of mobile telephone users around the world about future upgrades of the Android operating system. Tensions between Washington and Beijing have their roots in the longstanding unequal trade balance between the two nations, which heavily favors China because Beijing at present exports some $419 billion more to the US each year than it imports.