U.S. retailers raked in a record $7.9 billion in online sales on Black Friday and Thanksgiving, up 17.9% from a year ago, according to Adobe Analytics, which measures transactions at the largest 100 U.S. web retailers, on Saturday. 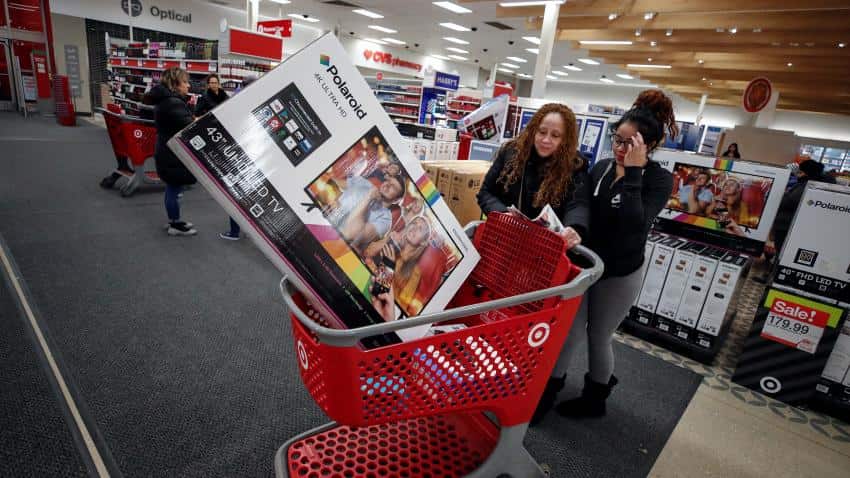 Black Friday and Thanksgiving online sales in the United States surged to record highs as shoppers bagged deep discounts and bought more on their mobile devices, heralding a promising start to the key holiday season, according to retail analytics firms.

U.S. retailers raked in a record $7.9 billion in online sales on Black Friday and Thanksgiving, up 17.9% from a year ago, according to Adobe Analytics, which measures transactions at the largest 100 U.S. web retailers, on Saturday.

Adobe said Cyber Monday is expected to drive $6.6 billion in internet sales, which would make it the largest U.S. online shopping day in history.

In the run-up to the holiday weekend, traditional retailers invested heavily in improving their websites and bulking up delivery options, preempting a decline in visits to brick-and-mortar stores. Several chains tightened store inventories as well, to ward off any post-holiday liquidation that would weigh on profits.

TVs, laptops, toys and gaming consoles - particularly the PlayStation 4 - were among the most heavily discounted and the biggest sellers, according to retail analysts and consultants.

Commerce marketing firm Criteo said 40% of Black Friday online purchases were made on mobile phones, up from 29% last year.

Stores offered heavy discounts, creative gimmicks and free gifts to draw bargain hunters out of their homes, but some shoppers said they were just browsing the merchandise, reserving their cash for internet purchases. There was little evidence of the delirious shopper frenzy customary of Black Fridays from past years.

"There has been a significant amount of debate surrounding the shifting importance of brick-and-mortar retail," Brian Field, ShopperTrak`s senior director of advisory services, said.

"The fact that shopper visits remained intact on Black Friday illustrates that physical retail is still highly relevant and when done right, it is profitable."

The National Retail Federation (NRF), which had predicted strong holiday sales helped by rising consumer confidence, said on Friday that fair weather across much of the nation had also helped draw shoppers into stores.

The NRF, whose overall industry sales data is closely watched each year, is scheduled to release Thanksgiving, Black Friday and Cyber Monday sales numbers on Tuesday.

U.S. consumer confidence has been strengthening over this past year, due to a labor market that is churning out jobs, rising home prices and stock markets that are hovering at record highs.

Over 70,000 Indian exporters gear up for Black Friday, Cyber Monday sale via Amazon

No stopping! Want to grab top US deals Black Friday Sale from India only? Here is good news