In the UK the annual promotional event, which has historically focused on electrical goods, has been mainly online since 2014 when it was marred by chaos and scuffles in stores. 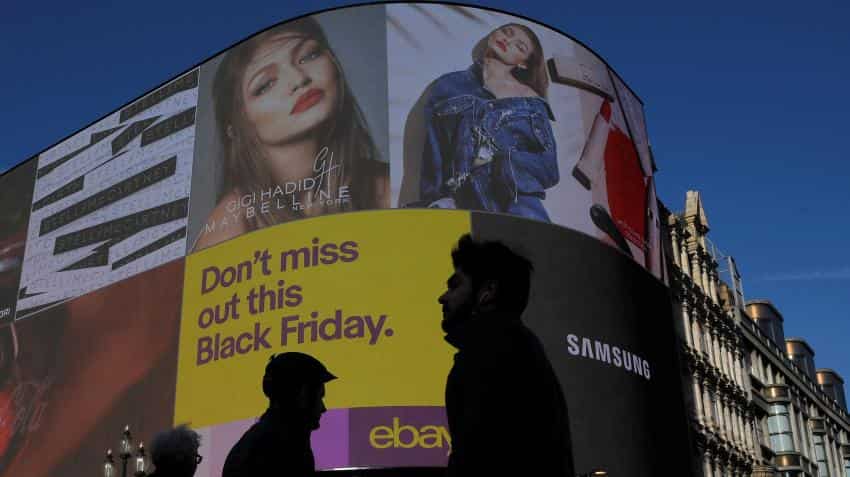 Retailers across Europe chased shoppers on "Black Friday" in a test of consumer confidence, particularly in Britain where the spending spree imported from the U.S. has become most popular.

After suffering their biggest decline in sales volumes for four-and-a-half years in October, British retailers are pinning their hopes on discounts to get shoppers, who are being squeezed by inflation and low wage rises, spending again.

In the UK the annual promotional event, which has historically focused on electrical goods, has been mainly online since 2014 when it was marred by chaos and scuffles in stores.

"I think it will be our busiest trading day of the year," John Rogers, chief executive of electricals to toys retailer Argos, which is owned by Britain`s second biggest retailer Sainsbury`s, told Reuters on Friday.

But whether retailers make money from the event, which was imported to Britain from the United States by online retailer Amazon in 2010, is unclear.

But critics say the discounts suck forward Christmas sales that retailers would otherwise have made at full price and can dampen business in subsequent weeks.

Rogers said the Argos Black Friday event kicked off at 2100 GMT on Thursday, with its website recording over 800,000 visits in the first hour. Some 85 percent of those visits were from mobile devices.

Rogers said he expected a record 12 million visits to the website for the entire day.
PAINT IT BLACK

Like last year, retailers including Amazon, Dixons Carphone and market leader Tesco are stretching promotions over one to two weeks, hoping to smooth out demand and reduce pressure on supply and distribution networks.

Black Friday, the day after the U.S. Thanksgiving holiday,was so named because spending would surge and retailers wouldtraditionally begin to turn a profit for the year, moving fromthe red into the black.

In Germany sales promotions on Black Friday and Cyber Monday are expected to add around 1.7 billion euros to retailers` revenues, about on par with 2016, a survey by trade body HDE found. It said 16 percent of German consumers took advantage of Black Friday discounts last year, spending an average of just over 170 euros each.

About 8 million France-based consumers are expected to shop from Friday to Monday, translating into expected revenue of around 945 million euros, according to a study conducted by Kantar TNS for U.S e-commerce firm eBay.

But Spaniards, who traditionally exchange presents on Epiphany (Jan. 6), nearly two weeks after Christmas Day, have been slow to pick up on the phenomenon. Just 22 percent of Spaniards intend to make a purchase on Black Friday or Cyber Monday this year, according to a survey carried out by Metroscopia for El Pais newspaper.