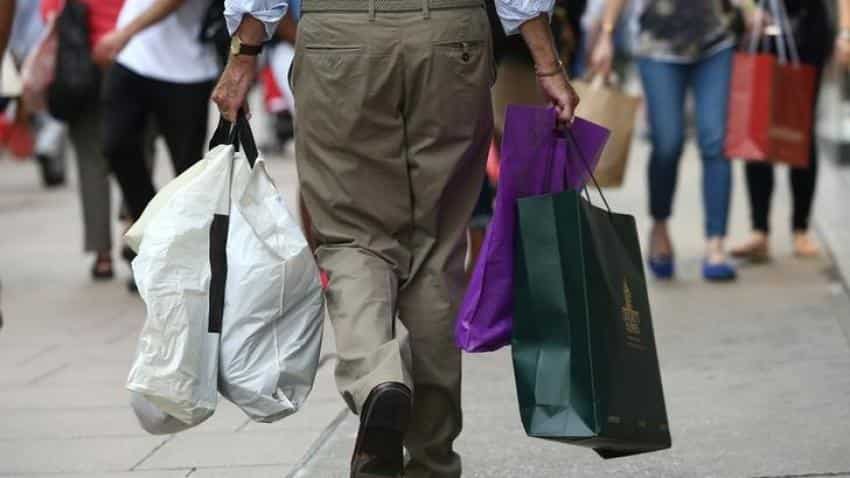 British consumer spending increased at the slowest annual pace in more than three years in the first three months of 2017, in a further sign that one of the economy`s main engines is losing steam as Brexit preparations begin, a survey showed on Monday.

Payment card company Visa said real-terms spending increased 0.9 percent year-on-year in the three months to March, the weakest calendar-quarter performance since late 2013 and down from 2.7 percent in the last quarter of 2016.

In March alone, spending dropped 0.7 percent compared with the previous month, after being flat in February.

Bank of England Governor Mark Carney, speaking at Thomson Reuters` London office on Friday, said he would keep a close eye on whether consumer demand weakens in line with the central bank`s expectations.

Last week pension provider Scottish Friendly and the Social Market Foundation think tank said 46 percent of households plan to cut back on spending. More than half of these households blamed the rising cost of living.

Visa`s monthly figures are based on spending on its credit and debit cards, which it says account for about a third of consumer spending in Britain.

The figures are adjusted to strip out payments such as taxes that do not count as consumer spending, and to take account of the growing proportion of purchases made by card rather than with cash.