The migration deal imposed on Mexico this week by U.S. President Donald Trump under the threat of punitive tariffs was a victory for "hostage-taking" over international rules, a former head of the World Trade Organization (WTO) said on Saturday. 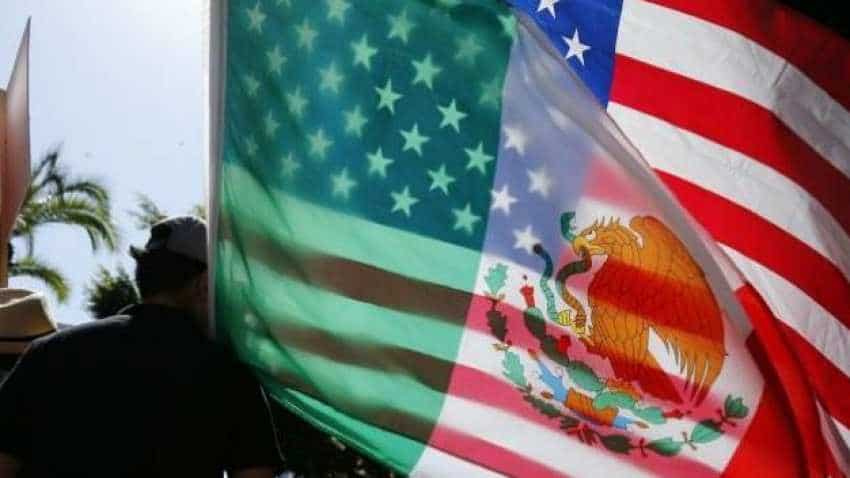 The United States and Mexico struck an accord to avert a tariff war when Mexico agreed to expand a contentious asylum program and deploy security forces to stem the flow of illegal immigration from Central America. Reuters

The migration deal imposed on Mexico this week by U.S. President Donald Trump under the threat of punitive tariffs was a victory for "hostage-taking" over international rules, a former head of the World Trade Organization (WTO) said on Saturday. Late on Friday, the United States and Mexico struck an accord to avert a tariff war when Mexico agreed to expand a contentious asylum program and deploy security forces to stem the flow of illegal immigration from Central America.

Mexico made the concessions after Trump threatened to slap escalating import tariffs of 5% on all Mexican goods from Monday if the administration of President Andres Manuel Lopez Obrador did not do more to tighten its borders. "My reaction is it seems that hostage-taking works. That`s my reaction," Pascal Lamy, a former director-general of the WTO, told Reuters in a telephone interview, saying that Trump`s actions went against the spirit of international diplomacy.

"If there`s a rule of law, it`s because people believe it`s better than the law of the jungle. And many people don`t like the law of the jungle because some are strong, some are weak, and they don`t want the strong to always step on the weak." The White House did not immediately respond to requests for comment on the remarks by Lamy, who has criticized the American president`s use of tariffs in the past.

Trump, meanwhile, has blamed the WTO for not doing enough to defend U.S. global trade interests, and in August 2018 threatened to pull the United States out of the organization. Global markets have been roiled in recent months by the Trump administration`s aggressive use of tariffs to assert U.S. economic power, fanning concern about the stability of multilateral institutions that grew up after World War Two.

A former European Commissioner for Trade who headed the WTO from 2005 to 2013, Lamy has been a staunch defender of that rules-based system. His criticism of Trump`s tariffs reflects wider misgivings about the United States going it alone.

Mexico sends around 80% of its exports to the United States, giving Trump ample leverage to put pressure on Lopez Obrador over a surge in migrant apprehensions on the U.S.-Mexico border. Lamy said it was understandable that Mexico had sought to extricate itself from the tariff bind, but noted it ran the risk of facing more threats from Trump in future.

He was in "absolutely no doubt" that the WTO would have found in favour of Mexico if Lopez Obrador had asked the trade body to arbitrate the dispute with Trump, a process he said would have taken around two years for a definitive ruling.

"The U.S. president is taking trade decisions that are in total violation of the WTO rules," Lamy said. "That was the case with these Mexican tariffs. The notion that you put a tariff because there are too many people crossing the border is just miles away from any letter and spirit of the WTO agreement. Which is why I qualify this as hostage-taking."

Turning to Trump`s clashes with the WTO, Lamy said it was still not clear whether the U.S. president was more interested in reforming the organization, or neutralizing it. Lamy said Trump had complaints worth heeding, noting that some WTO rules currently made it hard to constrain Chinese trade practices that have caused frictions.

But he said the rest of the world needed a fallback plan if the United States decided not to abide by international rules. "The others have to find a way to stabilise the multilateral rules-based system," he said, "even if the U.S. want to kill it."

USA, EU, UK agree to remove selected Russian banks from SWIFT; what will be its impact?

US will cut Russia off from tech, resources if Putin escalates: Deputy US Deputy Treasury Secretary