Trade wars cost U.S., China billions of dollars each in 2018

The U.S.-China trade war resulted in billions of dollars of losses for both sides in 2018, hitting industries including autos, technology - and above all, agriculture. 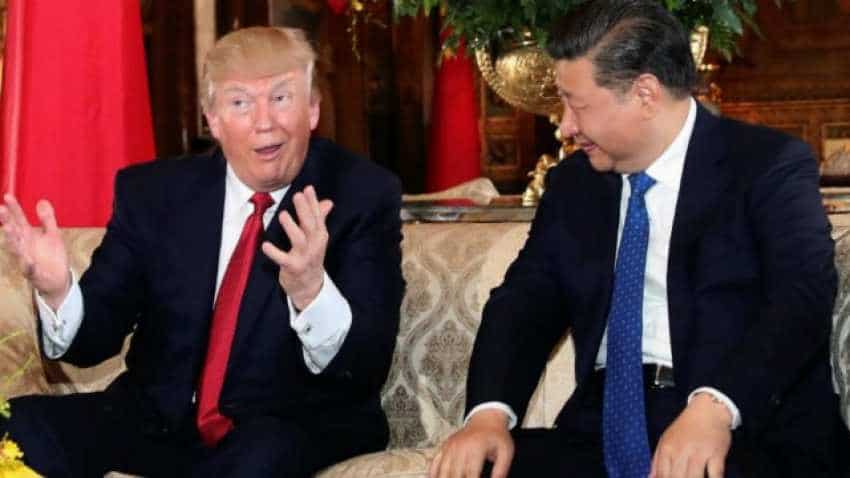 The U.S.-China trade war resulted in billions of dollars of losses for both sides in 2018, hitting industries including autos, technology - and above all, agriculture. Source: Reuters
Written By: Reuters
RELATED NEWS

Broad pain from trade tariffs outlined by several economists shows that, while specialised industries including U.S.

soybean crushing benefited from the dispute, it had an overall detrimental impact on both of the world`s two largest economies. The losses may give U.S. President Donald Trump and his Chinese counterpart, Xi Jinping, motivation to resolve their trade differences before a March 2 deadline, although talks between the economic superpowers could still devolve.

Disrupted agricultural trade hurt both sides particularly hard because China is the world`s biggest soybean importer and last year relied on the United States for $12 billion worth of the oilseed. China has mostly been buying soy from Brazil since imposing a 25 percent tariff on American soybeans in July in retaliation for U.S. tariffs on Chinese goods.

The surge in demand pushed Brazilian soy premiums to a record over U.S. soy futures in Chicago, in an example of the trade war reducing sales for U.S. exporters and raising costs for Chinese importers. "It’s something that`s crying for a resolution," Tyner said. "It`s a lose-lose for both the United States and China."

Total U.S. agricultural export shipments to China for the first 10 months of 2018 fell by 42 percent from a year earlier to about $8.3 billion, according to the U.S. Department of Agriculture. The most actively traded soybean futures contract averaged $8.75 per bushel from July to December 2018, down from an average of $9.76 during the same period a year earlier.

As of Dec. 28, futures in the last month of the year were averaging $8.95-1/2 a bushel. That was down from $9.61-3/4 for all of December last year. To compensate suffering farmers, the U.S. government has allocated about $11 billion to direct payments and buying agricultural goods for government food programs, after consulting economists, including Tyner.

In North Dakota, which exports crops to China through ports in the Pacific Northwest, soy farmers face at least $280 million in losses because of Beijing`s tariffs, said Mark Watne, president of the North Dakota Farmers Union.

"You could almost put another $100 million on top of this because all commodity prices are down and that affects North Dakota farmers indirectly," Watne said. China`s tariffs improved margins for U.S. soy crushers such as Archer Daniels Midland Co by leaving plentiful supplies of cheap soybeans on the domestic market.

Chinese soybean mills, on the other hand, front-loaded soy purchases ahead of the tariffs. This led to an oversupply that reduced Chinese processing margins and led factories this summer to make the biggest cuts in years to the production of soymeal used to feed livestock.

China resumed purchases of U.S. soybeans in early December following a trade truce agreed to by leaders from the two countries during G20 summit in Argentina. But Beijing kept its 25 percent tariffs on the oilseed from America, which effectively curbed commercial Chinese buying.

"With the tariffs, the beans can`t go into the commercial system," said a manager at a major Chinese feed producer, speaking on condition of anonymity. "The buying will have a very limited impact on the market."

China also suffered as products such as phone batteries were hit by U.S. tariffs, and customers began looking to buy from other countries. A study commissioned by the Consumer Technology Association showed U.S. tariffs on imported Chinese products cost the technology industry an additional $1 billion per month.

The Big Three Detroit automakers - General Motors Co , Ford Motor Co and Fiat Chrysler Automobiles – have each said higher tariff costs will result in a hit to profits of about $1 billion this year.
The pain is ongoing, economists say: Ford and Fiat expect a similar hit in 2019.