This is how much Amazon boss Jeff Bezos makes per 10 seconds!

Amazon chief Jeff Bezos net worth crossed the 12 digit mark in 2018 and the man is ending the year with roughly $132 billion in wealth. 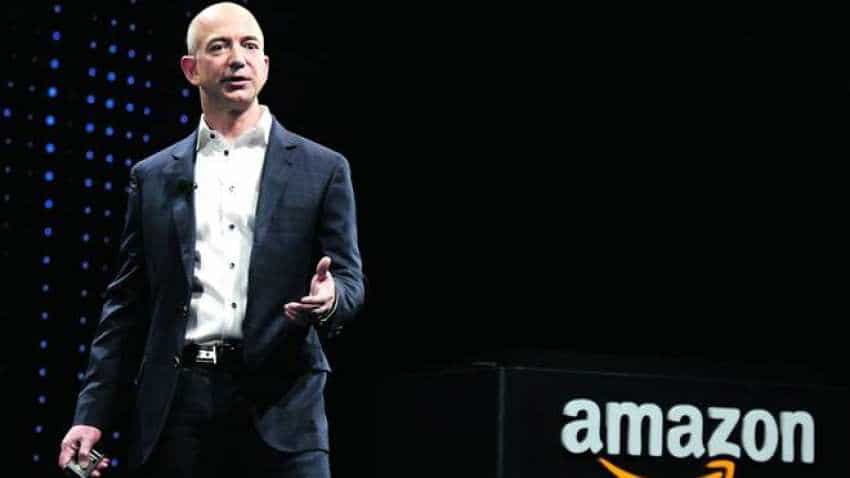 Amazon chief Jeff Bezos net worth crossed the 12 digit mark in 2018 and the man is ending the year with roughly $132 billion in wealth. Image source: Reuters
Written By: ZeeBiz WebTeam
RELATED NEWS

Amazon chief Jeff Bezos net worth crossed the 12 digit mark in 2018 and the man is ending the year with roughly $132 billion in wealth. Notably, to put things in perspective, if that is possible, he is now one-and-a-half-times richer than the second-richest person on earth, Microsoft Corporation co-founder, Bill Gates.

According to a report by Time Money, Bezos made more money than his lowest paid employees make in 2 years and 11 months! His base salary is $81,840 and the other compensation that includes security and benefits is $1,681,840. But this is not the end of it. Jeff's main chunk of wealth comes from the 16 per cent stake that he owns in Amazon, which alone is about $125 billion.

The Amazon CEO has announced a pay hike of minimum $15 per hour for full-time, part-time, temporary, and seasonal holiday employees, effective November 1, since Amazon released its pay numbers.

“We listened to our critics, thought hard about what we wanted to do, and decided we want to lead,” Bezos said in a blog post about the announcement. “We’re excited about this change and encourage our competitors and other large employers to join us,” as cited by Money.