Sidewalks Lab, the Google's sister company presented its plan for Toronto, Canada project to build Quayside, a gateway into western waterfront area into a high-tech smart city. The $990 million project entitled as 'Toronto Tomorrow: A new approach for inclusive growth.' 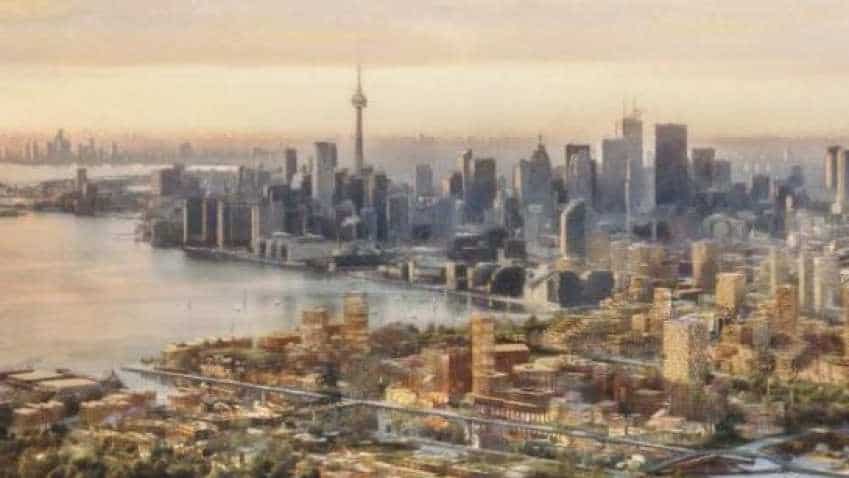 Sidewalks Lab, the Google's sister company presented its plan for Toronto, Canada project to build Quayside, a gateway into western waterfront area into a high-tech smart city. The $990 million project entitled as 'Toronto Tomorrow: A new approach for inclusive growth.'

"Thrilled to release 'Toronto Tomorrow' - our 1,500-page proposal for the neighborhood of the future on Toronto's waterfront, and a global guidebook for urban innovation," Dan Doctoroff, CEO, Sidewalk Labs tweet reads.

Responding to the feedback after 18 months of public engagement, the Alphabet owned company proposed its plan to design a district in Toronto's eastern Waterfront to tackle the challenges of urban growth, working in partnership with tri-government agency Waterfront Toronto and the local community. This joint effort called Sidewalk Toronto aims to make Toronto the global hub for urban innovation.

Here are the main points according to the plan of Toronto Project:

-Aims to bolster the Toronto economy in a scalable and inclusive way
-It will make the Toronto, a climate positive district that will cuts the greenhouse gase by 89 per cent
-Building will be made from timbers
-Under the project city will be technologically equipped with the installation of public wi-fi service
-The project will create 44,000 direct jobs and generate $3.26 billion in annual tax revenue in annual tax revenue, plus an annual gross domestic product of $10.78 billion.
-Quayside can become new connection point that draws on the energy of surrounding neighbourhoods and will makes the eastern waterfront more accessible to Torontonians and will better connected to the city