Tesla shares: Know whether you should buy or sell stocks of this Elon Musk-led EV firm 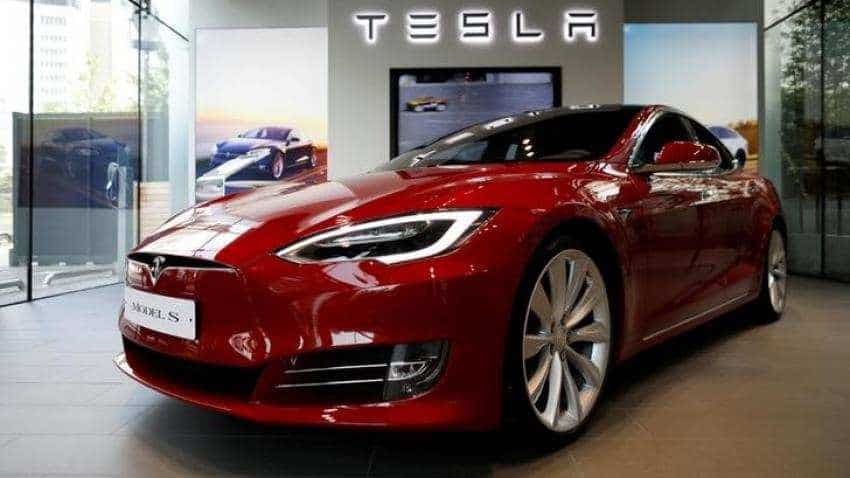 The Tesla share price which was trading near $319.88-level on February 2019 end, has plunged by over 17% till date. Photo: Reuters
Written By: ZeeBiz WebTeam
RELATED NEWS

A lot of drama has been witnessed in Elon Musk’s Tesla Inc, as so far in March month, the share price has plunged massively. The Tesla share price which was trading near $319.88-level on February 2019 end, has plunged by over 17% till date. In the previous trading session, on Nasdaq, Tesla shares finished at $264.53 down by 3.46%. Tesla shares have witnessed a drastic downward trend especially post Q3 result which boosted the company at $375 levels in late 2018s. There are various reasons that create a negative sentiment on Tesla shares. Firstly, many media reports have stated about concern in Tesla’s Model 3 demand which is slowing down at the moment, secondly many investors are concerned over the company’s management and departures of top executives.

Apart from this, electric vehicle segment no more belongs to Tesla alone, as many other luxury car makers like Mercedes, BMW, Audi, Ford among others have stepped into the business. Also, the company has recently launched Model Y for which experts are not enthusiastic about. Tesla has already hiked the price of its Model Y by $1,000 across vehicle line.

Even Musk via his twitter account have stated that, “Please note prices on all Tesla inventory cars worldwide rise by ~3% on April 1. To be precise, midnight on April 1, so effective April 2.”

Musk further added, “To be clear, this doesn’t affect Tesla website order prices. Existing inventory prices are currently slightly lower than on website. This will bring them in line.”

Thereby, following price hike and management worries, it is now the question whether one should invest in Tesla shares.

According to analysts at PFH Capital, “Tesla’s contextual risk factors make a deeper dive into its financials worthwhile..

High growth (dependent on outside capital)

They added, “Tesla’s 2018 Q3 results present multiple red flags, but they do not provide enough information (intentionally or unintentionally) to draw strong conclusions..

Material increase in A/R, including > 10% from a single party whose identity is undisclosed.

Possibility cash has been temporarily inflated through variety of methods near quarter-end to make balance sheet and cash flow appear healthier than reality.”

Thereby, analysts here said, “Tesla reported a slightly reduced profit in 2018 Q4 (essentially breakeven), but worked through their remaining Model 3 backlog and are showing a massive sales decrease in 2019 Q1 so far. If games were played in Q3/Q4, that should become apparent soon.”

Earlier on CNBC, on Tesla shares, Craig Johnson, chief market technician at Piper Jaffray said that, "To me, it looks like we’re going to come back down and retest the lower end of this price channel, confirm it before you can do any sort of tactical trading opportunity with these shares."

Also Michael Bapis, managing director at Vios Advisors at Rockefeller Capital Management reportedly told the news agency that, fundamental issues hang over Tesla. He also said, “They’re really struggling with brand definition. They don’t really know who they are. They don’t know what’s the difference between them, Ford, GM, and they’re struggling with production and delivery issues. The competition is heating up.”