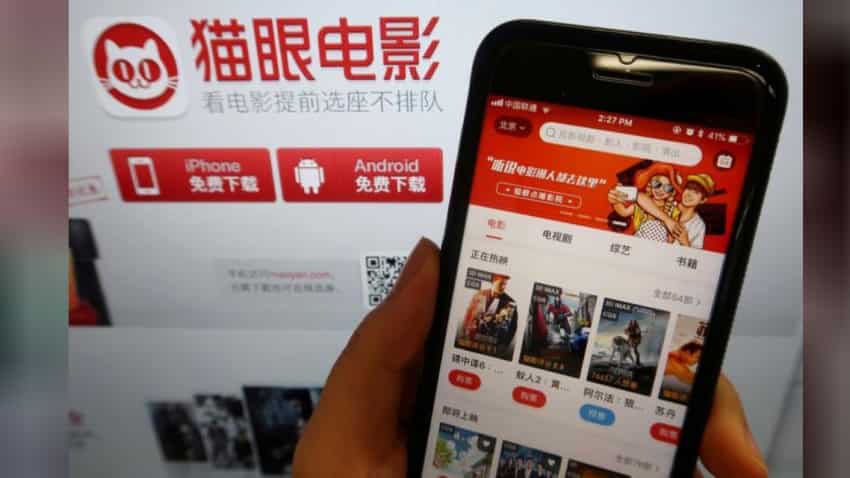 Maoyan Entertainment, China`s top movie ticketing platform that is backed by internet giant Tencent, launched on Friday its IPO in Hong Kong in which it aims to raise up to $345 million, a much smaller sum than what it was eyeing last year.

The company, which is also backed by online food delivery-to-ticketing services provider Meituan Dianping, offers ticketing services through its Maoyan and Gewara apps in China - the world`s second-largest movie market after the United States - and distributes domestic films.

It could raise up to $396 million if a greenshoe, or over-allotment option, is exercised within one month from the start of trading.

Loss-making Maoyan Entertainment had earlier been looking to raise between $500 million and $1 billion in its IPO, sources told Reuters in September, but cut the deal size due to limited investor interest and their sensitivity to valuations, two sources familiar with the matter said.

The company was valued at 20 billion yuan ($2.95 billion) in November 2017 when it raised 1 billion yuan from Tencent, Chinese media reported at the time. However, at the lower end of the price range Maoyan Entertainment would only be valued at $2.16 billion, according to another term sheet seen by Reuters.

When contacted, Maoyan Entertainment said it continues to work on the Hong Kong IPO as announced in September.

While Hong Kong nabbed the global crown for IPOs in 2018, the performance of deals painted a much grimmer picture, with many companies slumping below their IPO prices.

Other companies had to cut their deal sizes as investors demanded lower valuations, with some opting to go to New York instead.

Maoyan Entertainment secured two cornerstone investors for its IPO - IMAX Hong Kong and Welight Capital - who together committed to buy $18 million in shares, according to the term sheet.

China, which is on track to eventually overtake the North America film market, has become an increasingly important region for global producers looking to pump up their box office returns, despite a quota on imported films and strict censorship.

Maoyan Entertainment mainly focuses on distributing and promoting Chinese movies though it did help with the distribution of the 2017 romantic drama "The Shape of Water", which won four Oscars, according to its prospectus.

Bank of America Merrill Lynch and Morgan Stanley are joint sponsors for the listing.

The deal will price on Jan. 24 with shares expected to start trading on Jan. 31, according to the term sheet.

BookMyShow: Is Flipkart looking to take on Paytm in online ticketing space?

Why did BookMyShow buy Burrp?