Spain jobless under 20% for first time in six years 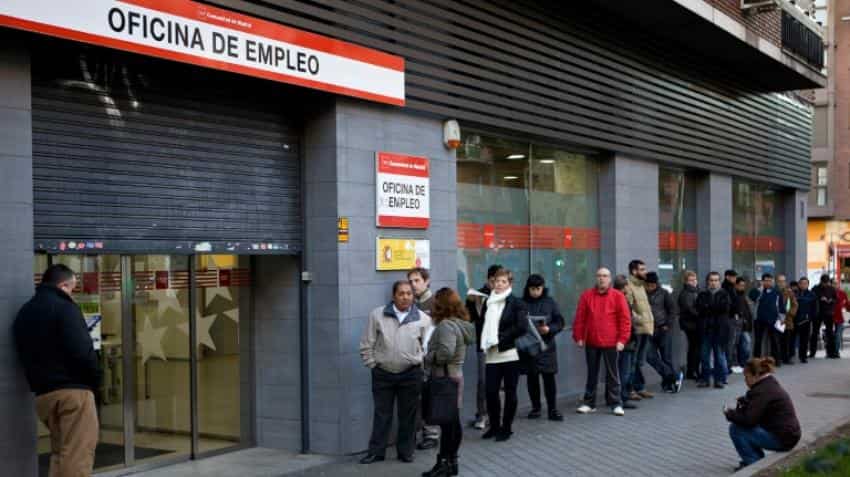 "The government is consolidating the employment-poverty tandem, as from one quarter to another job creation, temporary contracts and precariousness come hand-in-hand in our country," UGT said in a statement.Pic: AFP

The country`s jobless rate dropped to 18.9 percent in the third quarter, said the National Statistics Institute (INE), thanks in large part to the services sector during a bountiful summer season for tourism.

But far from welcoming the news, UGT, one of Spain`s most influential unions, said many of the new jobs created were temporary and precarious.

INE said that the number of people without a job fell 5.6 percent from the previous quarter, and 10.9 percent year-on-year.

This means 4.3 million people still remain out of work, the institute said.

The last time Spain`s jobless rate fell below 20 percent was in the third quarter of 2010.

At the time, an economic crisis was raging and unemployment continued to rise until it neared 27 percent at the beginning of 2013, before starting to drop again.

Rajoy, who took power in 2011, has long vaunted Spain`s return to growth and drop in unemployment under his watch after a crisis that brought the country to the brink of economic collapse.

But opposition parties and other critics say many of the jobs created are just short-term -- with some lasting as little as a week -- and very unstable.

"The government is consolidating the employment-poverty tandem, as from one quarter to another job creation, temporary contracts and precariousness come hand-in-hand in our country," UGT said in a statement.

Rajoy has also been blamed for increasing inequalities in Spain due to harsh austerity measures.

But he is nevertheless due to return to power at the head of a minority conservative government next week after a weekend parliamentary confidence vote that he is expected to win.

This will cap a rollercoaster 10 months that saw Spain without a fully functioning government after two inconclusive general elections.

Can Germany still qualify for Round of 16, after 1-1 draw against Spain? FIFA World Cup 2022 Points Table shows they can