SpaceX on Wednesday postponed the launch of the Falcon 9 rocket due to high winds. 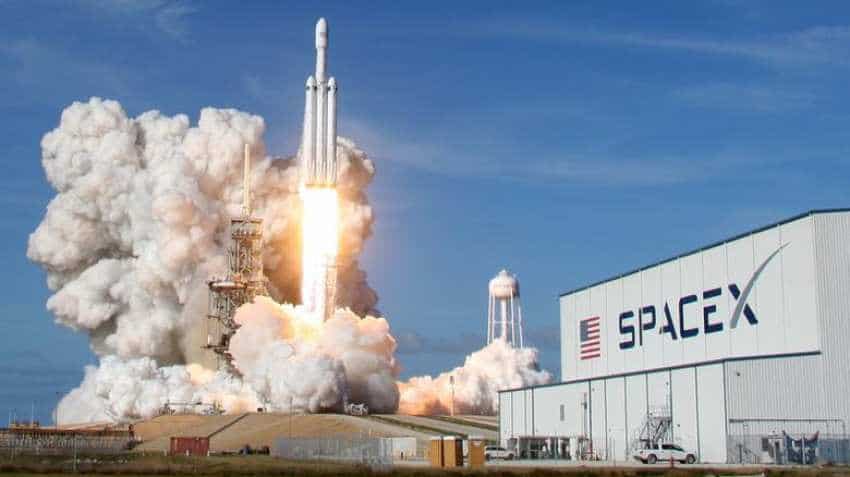 Elon Musk`s company SpaceX has once again postponed the launch of the Falcon 9 rocket carrying the first 60 Starlink Internet communications satellites, this time owing to a "software issue". Just two hours prior to the opening of launch window late Thursday, the company cancelled the launch, second time in two days. "Standing down to update satellite software and triple-check everything again. Always want to do everything we can on the ground to maximise mission success, next launch opportunity in about a week," SpaceX tweeted.

With a mass of 18.5 tonne, the launch is the company`s heaviest to date for either the Falcon 9 or Falcon Heavy rocket. The rocket will boost 60 Starlink satellites, each weighing 227kg, to an altitude of 440km, reports arstechnica.com. SpaceX on Wednesday postponed the launch of the Falcon 9 rocket due to high winds.

The launch will also feature a landing attempt by the Falcon 9`s first stage on one of SpaceX`s drone ships in the Atlantic Ocean, reports Space.com. Starlink is designed to provide high-speed Internet access to areas of the planet where broadband is rare, spotty or non-existent.

SpaceX`s ultimate goal is to put nearly 11,000 Starlink satellites in low Earth orbit between now and the mid-2020s. The company is one of several, including Jeff Bezos` Amazon, which are building these so called "constellations" of interconnected satellites to beam high-speed Internet from space.