South African President Cyril Ramaphosa on Wednesday testified on controversial Gupta brothers mining case in which he said his role as then deputy president was "constricted" to investigate corruption allegations. 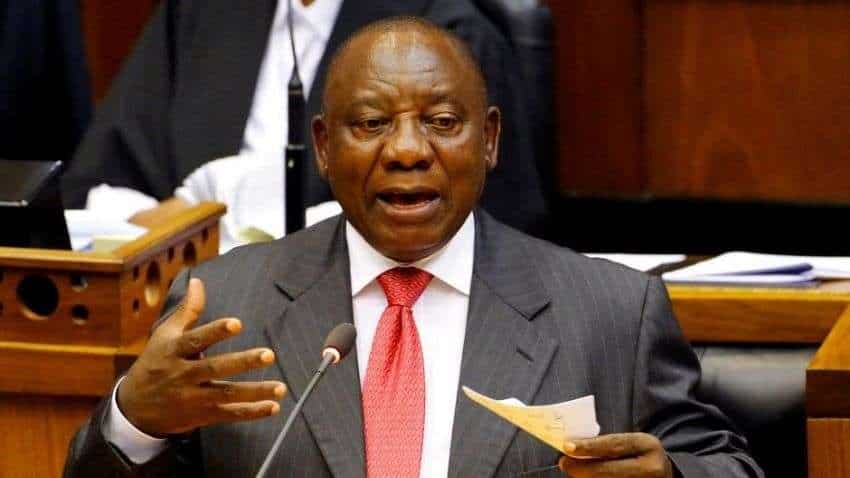 South African President Cyril Ramaphosa on Wednesday testified on controversial Gupta brothers mining case in which he said his role as then deputy president was "constricted" to investigate corruption allegations.

"As deputy president, you really work under the leadership of the president who leads the executive. Your role, as much as it would appear like it is expansive, it is a role that is constricted," Ramaphosa was quoted as saying by EWN during the hearing at the state capture commission.

According to a report from Wion, Ramaphosa also said that the African National Congress did not probe corruption accusations against the brothers as the party did not hold the capacity to do the same.  However, he agreed with the commission that Parliament had the powers to investigate the allegations and the party should have agreed to it

To the unversed, Rajesh Gupta (also known as Tony), and his brothers Ajay and Atul have been accused of looting state organisations of billions of rands because of their proximity to former president Zuma.

Former South African mineral resources minister Mosebenzi Zwane is accused of helping the brothers acquire mines in South Africa.  Reports at the time suggested that the Guptas then used the mine to bid for contracts at an exaggerated cost.

Please note that Murari Lal Jalan, who is trying to purchase Jet Airways, is being backed by the infamous Gupta brothers (Ajay, Atul, Rajesh Gupta) of South Africa who are facing serious charges of corruption. For this reason, the Guptas had to flee from the country.

The Zee Media had earlier revealed the business and family links between the two families. Today we will show you where Murari Lal Jalan himself has given in writing that he has a connection with the family of the Gupta brothers.