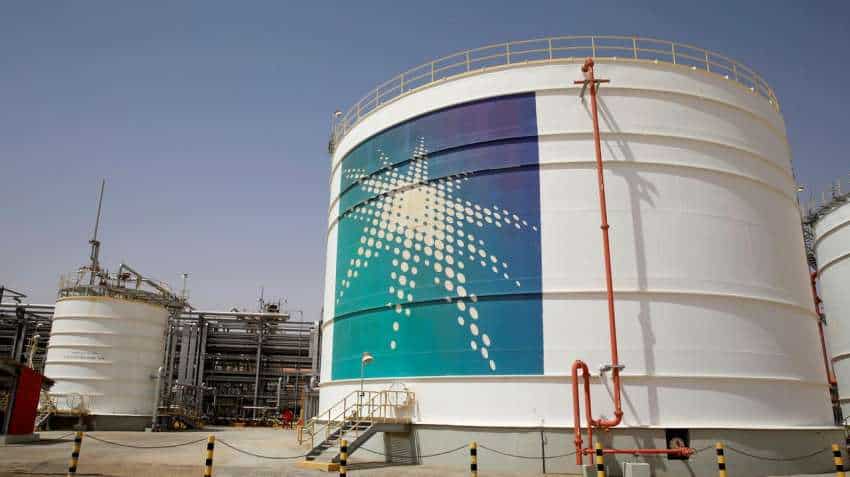 State oil giant Aramco will boost its crude output after the current deal to curb production between OPEC and Russia - together known as OPEC+. Source: Reuters
Written By: Reuters
Edited By: ZeeBiz WebTeam
RELATED NEWS

State oil giant Aramco will boost its crude output after the current deal to curb production between OPEC and Russia - together known as OPEC+ - expires at the end of March, the sources with knowledge of the matter said.

The collapse of talks to extend the deal on Friday sent oil prices plunging on speculation Saudi Arabia is scrapping a strategy of supporting prices in favour of a grab for market share, reminiscent of a drive in 2014 that caused crude prices to slump around two thirds in value.

On Saturday, Aramco slashed its official selling price (OSP) for April for all its crude grades to all destinations.

The sources said April`s production would be significantly higher than 10 million bpd, possibly closer to 11 million bpd. In the past couple of months, Saudi Arabia has been pumping 9.7 million bpd.

Aramco should maximise its output and sell more crude to protect its market share, the sources said, speaking on condition of anonymity due to the sensitivity of the matter.

Saudi Arabia has an oil output capacity of 12 million bpd, giving it the ability to swiftly increase production.

A three-year pact between OPEC and Russia ended in acrimony on Friday after Moscow refused to support deeper production cuts to support prices hit by the coronavirus outbreak. OPEC responded by removing all limits on its own output.

OPEC+ has been effectively cutting production by 2.1 million bpd, as Saudi Arabia has been reducing its own output by more than agreed.

"The kingdom is not at war with anyone, but it is pursuing its own interest. Once the deal expires, everyone will raise production," said the second source.

After marathon talks at the OPEC headquarters in Vienna on Friday, Russian Energy Minister Alexander Novak said that from April 1 neither OPEC nor non-OPEC countries had any restrictions on production.

Other OPEC producers, such as Iraq, Kuwait and the United Arab Emirates, will likely follow Saudi Arabia`s move on Saturday with steep cuts to their own oil prices for April.

"You have to follow the OSPs cut otherwise you die in the market," one oil industry at a key OPEC producer said.