Ryanair warns on profit for second time in three months

The Irish airline had originally forecast profits of 1.25 to 1.35 billion euros before October`s profit warning took account of a series of strikes across Europe during the summer that hit traffic and bookings, but  have  since subsided. 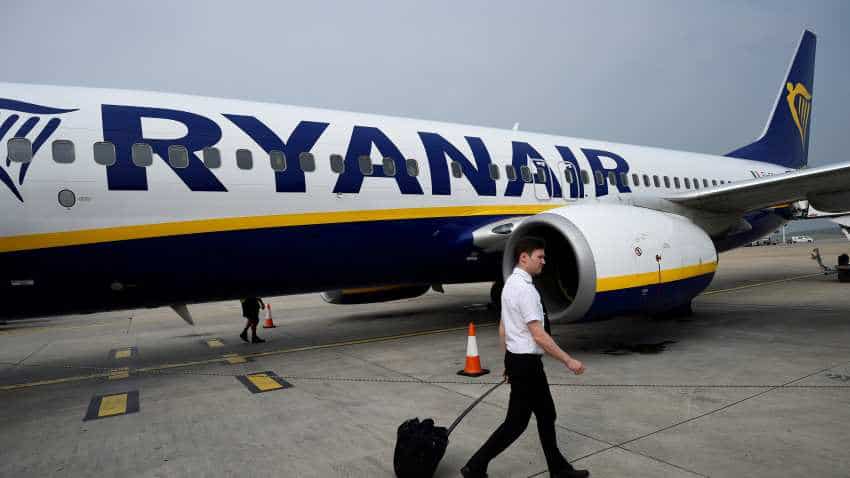 Ryanair cut its forecast for full-year profit for the second time in three months on Friday, this time blaming lower than expected winter fares, and said it cannot rule out a further downgrade if Brexit causes unexpected developments.

The Irish airline had originally forecast profits of 1.25 to 1.35 billion euros before October`s profit warning took account of a series of strikes across Europe during the summer that hit traffic and bookings, but have since subsided.

On Friday, Ryanair lay the blame squarely on lower than expected fares in the second half of its financial year. Those fares were set to fall by 7 percent, rather than the 2 percent previously flagged, due to short-haul overcapacity in Europe, it said.

The lower fares have, however, been partially offset by stronger than expected annual traffic growth - now expected to grow by 9 percent to 142 million passengers - slightly better than expected unit costs and stronger ancillary sales.

Ryanair Chief Executive Michael O`Leary said a further downgrade of the profit outlook was possible given uncertainty about the terms of Britain`s planned departure from the European Union at the end of March.

"While we have reasonable visibility over forward Q4 bookings, we cannot rule out further cuts to air fares and/or slightly lower full year guidance if there are unexpected Brexit or security developments which adversely impact yields between now and the end of March," O`Leary said in a statement

Still, the better than expected unit cost performance allowed the carrier to cut its projected start-up losses in Lauda to 150 million euros from 140 million.

O`Leary said the fact that the airline was passing on lower air fares to customers would continue to be good for Ryanair`s traffic growth and business over the medium to long term.