The Paris Orly Airport has reopened with limited service after nearly three months of shutdown due to the COVID-19 pandemic. 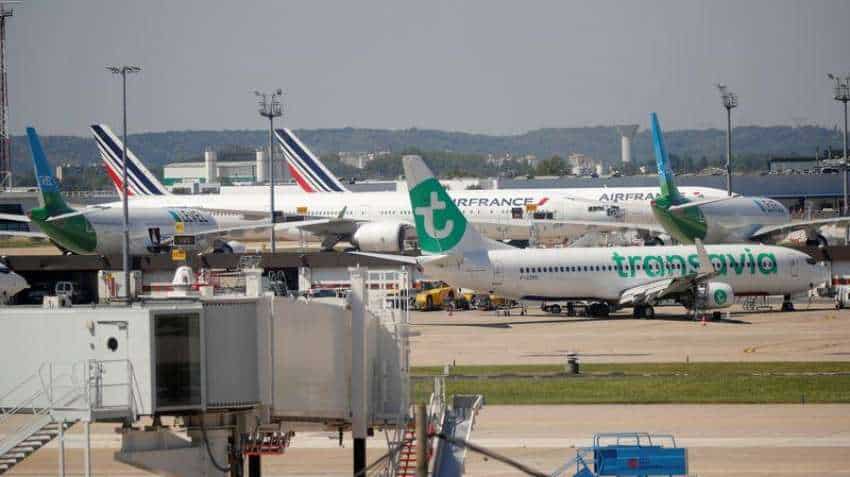 The Paris Orly Airport has reopened with limited service after nearly three months of shutdown due to the COVID-19 pandemic. The first flight took off from the airport, 13 km south of Paris, at 6.25 a.m. Friday, Xinhua news agency quoted France 24 as saying.

A Transavia plane bound for the Portuguese city of Porto was sprayed by water cannons from the airport fire brigade vehicles in a so-called "water salute" ceremony before taking off, said the report.

Closed to commercial passenger traffic since April 1, the airport was expected to handle 70 flights of a dozen airlines carrying nearly 8,000 passengers on Friday.

Before the pandemic, the airport had handled a daily average of 600 flights and 90,000 passengers.

For now, only the airport`s Orly 3 sector is operational. Sectors 1, 2 and 4 will reopen later as demand increases.

"Although all the companies have not yet submitted their flight programs, it is already possible to draw up a first map of French and European destinations for the coming weeks," said the Groupe ADP, which owns and operates the French capital`s international airports.

The airport has put in place hygienic-sanitary measures for the reopening.

The wearing of face masks is mandatory upon entering the terminal.

Some 150 automatic hydroalcoholic gel dispensers as well as plexiglass windows at check-in desks and other counters have been installed.

Charles de Gaulle remained open throughout the country`s COVID-19 lockdown, though traffic collapsed by almost 98 per cent in May, according to France 24.