Oil prices fell 1 percent on Wednesday, weighed down by swelling U.S. inventories and a plunge in global stock markets amid concerns over an economic slowdown. 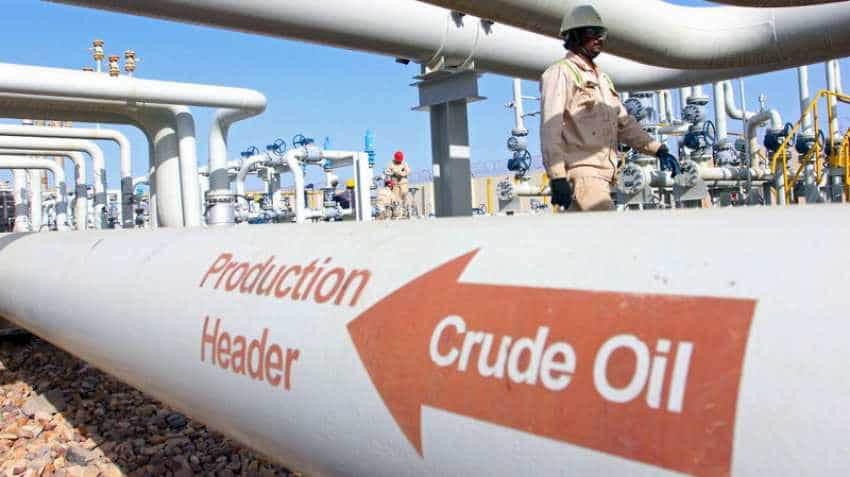 WTI crude futures were at $52.61 per barrel at 0128 GMT, down 64 cents, or 1.2 percent, from their last close. Image source:
Written By: ZeeBiz WebTeam
RELATED NEWS

Oil prices fell 1 percent on Wednesday, weighed down by swelling U.S. inventories and a plunge in global stock markets amid concerns over an economic slowdown. U.S. West Texas Intermediate (WTI) crude futures were at $52.61 per barrel at 0128 GMT, down 64 cents, or 1.2 percent, from their last close.
International Brent crude oil futures were down 56 cents, or 0.9 percent, at $61.52 per barrel.

Oil prices were pressured by a weekly report from the American Petroleum Institute (API) that said U.S. crude inventories rose by 5.4 million barrels in the week to Nov. 30, to 448 million barrels, in a sign that U.S. oil markets are in a growing glut. Official U.S. government oil production and inventory data is due later on Wednesday.

More broadly, the slide in U.S. oil followed a tumble in global stock markets on Tuesday, with investors worried about the threat of a widespread economic slowdown. Key to the global economic outlook will be whether the United States and China can resolve their trade disputes. Washington and Beijing announced a 90-day truce last weekend, during which neither side will further increase punitive import tariffs.

But U.S. President Donald Trump threatened on Tuesday to place "major tariffs" on Chinese goods imported into the United States if his administration didn`t reach a desirable deal with Beijing. Bank of America Merrill Lynch said in its 2019 economic outlook, published on Tuesday, that "most major economies are likely to see decelerating activity", although it added that "a steady stream of monetary and fiscal stimulus measures" was expected to stem the slowdown.