Oil prices fell by more than 1 percent on Monday as supplies from top exporter Saudi Arabia rose and as signs of an economic slowdown in Asia dented the outlook for demand. 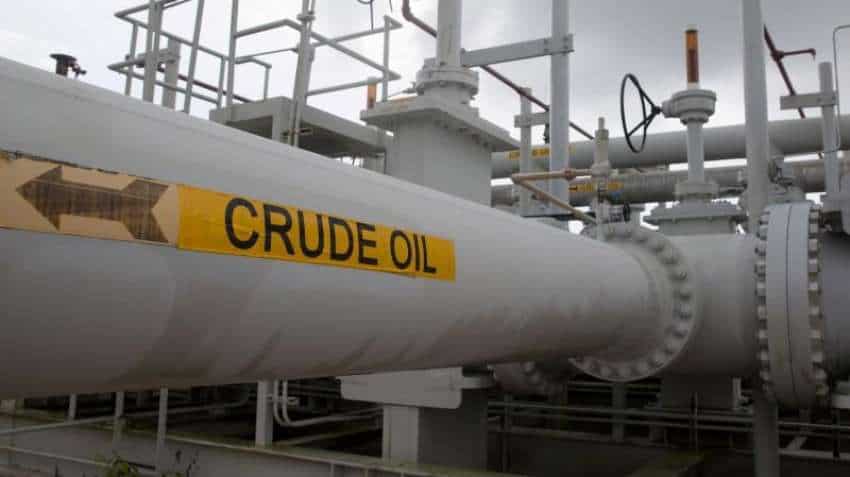 Oil prices fell by more than 1 percent on Monday as supplies from top exporter Saudi Arabia rose and as signs of an economic slowdown in Asia dented the outlook for demand. Brent crude oil futures were at $78.16 per barrel at 0316 GMT, down $1.07, or 1.35 percent, from their last close. U.S. West Texas Intermediate crude futures were down 94 cents, or 1.3 percent, at $73.21 a barrel, after rising more than 8 percent last week.

U.S. President Donald Trump wrote in a tweet on Saturday that Saudi Arabia`s King Salman bin Abdulaziz Al Saud had agreed to produce more oil. The White House later walked back on the president`s comments, saying the king said his country can raise oil production if needed. Saudi Arabia`s output is up by 700,000 barrels per day (bpd) from May, a Reuters survey found on Friday, and close to its 10.72 million bpd record from November 2016, more than making up for disruptions elsewhere within the Organization of the Petroleum Exporting Countries (OPEC).

Voluntary supply cuts by OPEC and some non-OPEC suppliers like Russia have tightened world oil markets since 2017, and unplanned disruptions from Canada to Venezuela and Libya along with upcoming new U.S. sanctions against major exporter Iran have sparked concerns of supply shortfalls.

TROUBLE AHEAD
Despite the apparent supply relief from Saudi Arabia, oil markets remain tense over escalating trade disputes between the United States and other major economies including China, the European Union, India and Canada. "Recurring salvos in the trade war and falling asset prices raise the question of how much tariffs could damage the global economy, U.S. bank JP Morgan said in a note.

The bank said a "medium-intensity (trade) conflict would likely reduce global economic growth by at least 0.5 percent, "before accounting for tighter financial conditions and sentiment shocks." Asia`s main economic hub around China, Japan and South Korea all reported a slowdown in export orders in June amid an escalating trade dispute with the United States. Trump warned close U.S. allies in an interview that aired on Sunday with a threat to sanction European companies that do business with Iran.

Oil markets are also awaiting the impact of looming U.S. sanctions against major exporter crude Iran. "The Trump Administration`s plan for Iran sanctions is now abundantly clear. They seek to push Iranian exports of crude, condensate, and oil products to zero," energy consultancy FGE said in a note. "Overall, 2.4-2.7 million bpd of Iranian crude/condensate is at risk by year end ... We must all be prepared for a potentially major price volatility ahead," FGE added.