U.S. West Texas Intermediate (WTI) crude futures touched their lowest level since April, falling to $63.59 per barrel before edging back to $63.98 by 0635 GMT. That was still down $1.07, or 1.6 percent, from their last settlement. "Crude oil prices crashed as U.S.-China trade tensions escalated last Friday," said Benjamin Lu of Singapore-based futures brokerage Phillip Futures. 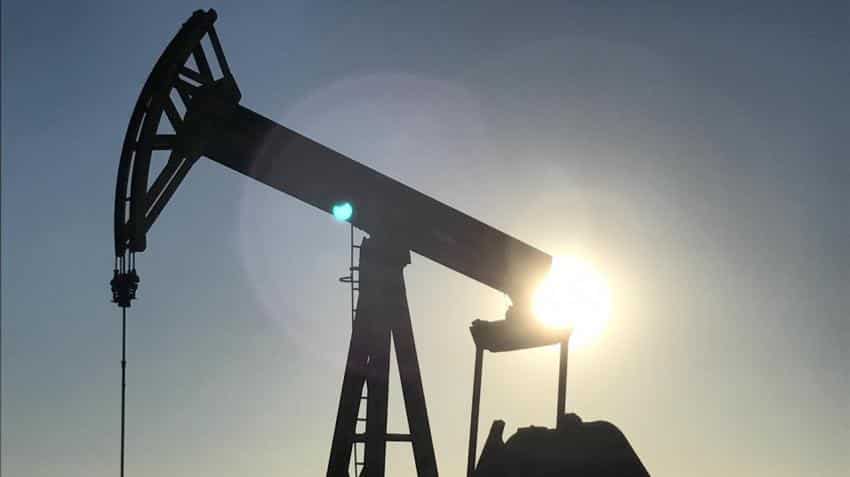 Oil prices on Monday extended falls from late last week after China threatened duties on American crude imports in an escalating trade dispute with Washington, while supply from OPEC and Russia is also expected to rise.

U.S. West Texas Intermediate (WTI) crude futures touched their lowest level since April, falling to $63.59 per barrel before edging back to $63.98 by 0635 GMT.

"Beijing has retaliated ... with its position as a top importer from the U.S.," Lu said.

"These punitive measures on bilateral trade have unnerved investors as it hurts global economic growth."

U.S. bank Morgan Stanley said in a note to clients that the trade spat meant economic "downside risks have risen", although it added that "negotiations and de-escalation (are) still the likely endgame".

U.S. oil exports have boomed in the last two years as production has surged, with China becoming the biggest customer of American crude shipments in a business that is now worth $1 billion per month.

International oil prices also fell, with Brent crude futures down 46 cents, or 0.6 percent, at $72.98 per barrel.

"Oil prices have sold off over the past three weeks on concerns over higher OPEC production," said U.S. bank Goldman Sachs on Monday, adding that weaker demand from emerging economies and the escalating trade dispute, as well as rising inventories had further weighed on prices.

They will meet in Vienna on June 22 to decide forward production policy, with Russia and Saudi Arabia pushing for higher output.

Despite this, Goldman Sachs said "the oil market remains in deficit ... requiring higher core OPEC and Russia production to avoid a stock-out by year-end."

The bank said it expected OPEC and Russian output to rise by 1.3 million barrels per day (bpd) by year-end and by another 0.5 million bpd in the first half of 2019.