Oil drops below $83 on expectations Iran will maintain some exports

Oil dropped below $83 a barrel on Monday, pressured by expectations that some Iranian oil exports will keep flowing after the U.S. reimposes sanctions, easing a strain on supplies. 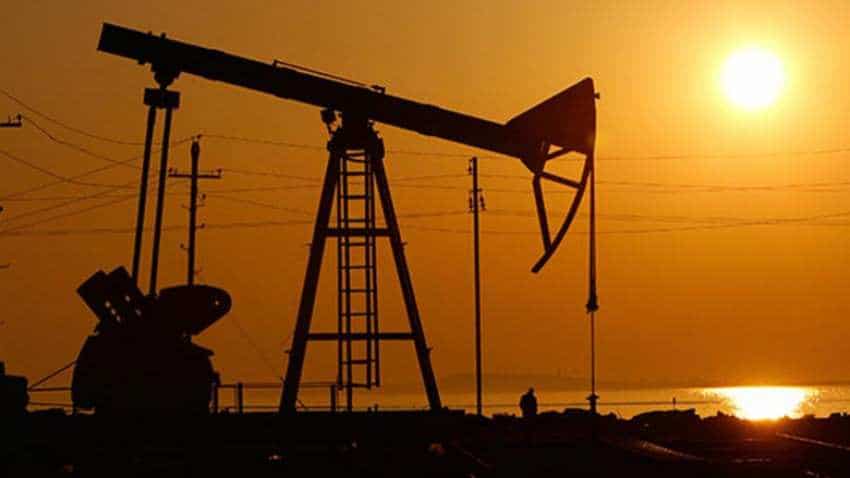 Oil dropped below $83 a barrel on Monday, pressured by expectations that some Iranian oil exports will keep flowing after the U.S. reimposes sanctions. Image source: Reuters

Oil dropped below $83 a barrel on Monday, pressured by expectations that some Iranian oil exports will keep flowing after the U.S. reimposes sanctions, easing a strain on supplies.

Two companies in India, a big buyer of Iranian oil, have ordered barrels in November, India`s oil minister said on Monday. The Trump administration is considering waivers on sanctions, a U.S. government official said on Friday.

"One way or another, it looks as though India is going to take some Iranian crude," said Olivier Jakob of Petromatrix, adding that the development was helping oil to "retrace some of the price surge we saw last week."

U.S. sanctions will target Iran`s crude oil exports from Nov. 4, and Washington has been putting pressure on governments and companies worldwide to cut their imports to zero.

"This is one of the single biggest supportive factors for crude," said analysts at JBC Energy of the U.S. re-imposition of Iran sanctions. "Having said that, it may well be that we are already in the most supportive phase coming from this change and the effect will soon begin to ease."

Oil also dropped as investors focused on rising output from other producers, such as top exporter Saudi Arabia, to compensate for lower Iranian supplies which have fallen further in October according to export data.

Saudi Arabia said last week it plans to raise production in November from October output of 10.7 million barrels per day (bpd), indicating Riyadh will be boosting its supply to the highest ever level.

"Chatter that Saudi Arabia has replaced all of Iran`s lost oil" is weighing on prices, said Stephen Innes, head of trading for Asia-Pacific at futures brokerage Oanda in Singapore.

Concern that the U.S.-Chinese trade war could slow down economic growth and hit oil demand also weighed on the market, traders in Asia said.

Oil has been supported by concern that the Iranian export loss will leave a thinner margin of unused production capacity to deal with supply shocks. The bulk of spare capacity is held by Saudi Arabia.

These concerns remain. Innes warned that limited spare production to deal with further supply disruptions meant "the capacity is quickly declining due to Asia`s insatiable demand".