Outgoing President Barack Obama on Tuesday said goodbye to the US citizens in a dramatic reinterpretation of a presidential farewell address. 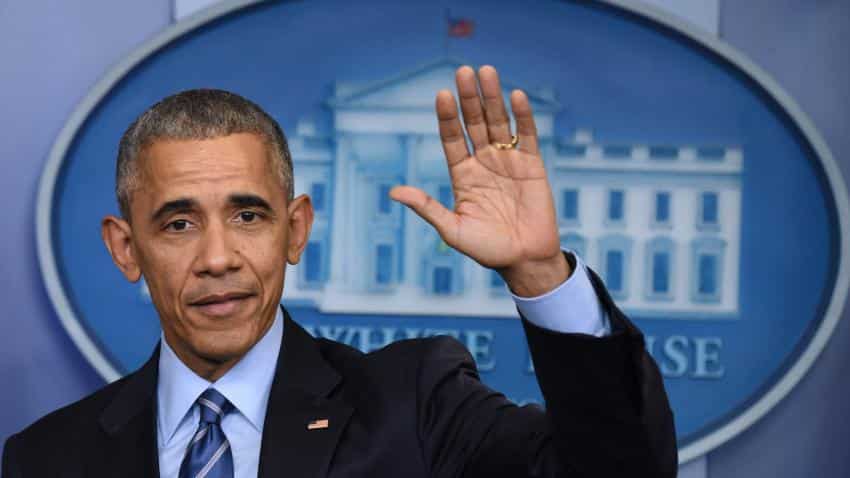 Outgoing President Barack Obama on Tuesday said goodbye to the US citizens in a dramatic reinterpretation of a presidential farewell address.

Obama asked them to reaffirm their faith in their own ability to "bring about the change", ending with his signature: "Yes we can".

The 44th US President gave the farewell speech in Chicago, reflecting on his time in office.

"By almost every measure, America is a better, stronger place" than it was eight years ago," he said.

He implored Americans of all backgrounds to consider things from each others point of view, saying: "We have to pay attention and listen".

He said if the citizen were tired of how things were then, "lace up your shoes and do some organising".

If they were unhappy with the way the officials functioned, then "get a clipboard, get some signatures, and run for the office".

Returning to Chicago, where he first declared victory in 2008, Obama was delivering the parting message to Americans after a divisive and vicious election campaign which led to Trump`s victory over Democrat Hillary Clinton.

He said: "Presuming goodness in others could be a risk", but asked the 20,000 strong crowd gathered there to "dive in and stay at it" whenever change should be brought.

Referring to his own experience, Obama said: "More often than not your faith in America and Americans will be confirmed."

He cited examples of young graduates and officers whom he met in the past eight years. He also recalled the bereaved families he mourned with and "found grace" in the Charleston Church.

He especially drew inspiration from the youngest. Obama recalled the young boy who offered his house and brotherhood to another child, a refuge from Syria.

The country`s first black president, now 55, was first elected in 2008 on a message of hope and change.

His successor, President-elect Donald Trump, has vowed to undo some of his signature policies.

Trump would be sworn into office on January 20.

Striking an upbeat tone, Obama said that the peaceful transfer of power between presidents was a "hallmark" of American democracy, the BBC reported.

However, he added, "our democracy won`t work without a sense that everyone has economic opportunity".

Back to where it all started he said: "I first came to Chicago when I was in my early twenties, still trying to figure out who I was; still searching for a purpose to my life," CNN quoted Obama as saying.

His address was at McCormick Place, the largest convention centre in North America and the venue for Obama`s speech after he defeated Mitt Romney in the 2012 election.

The tickets were given out free, but were selling online for more than $1,000 each hours ahead of the speech.