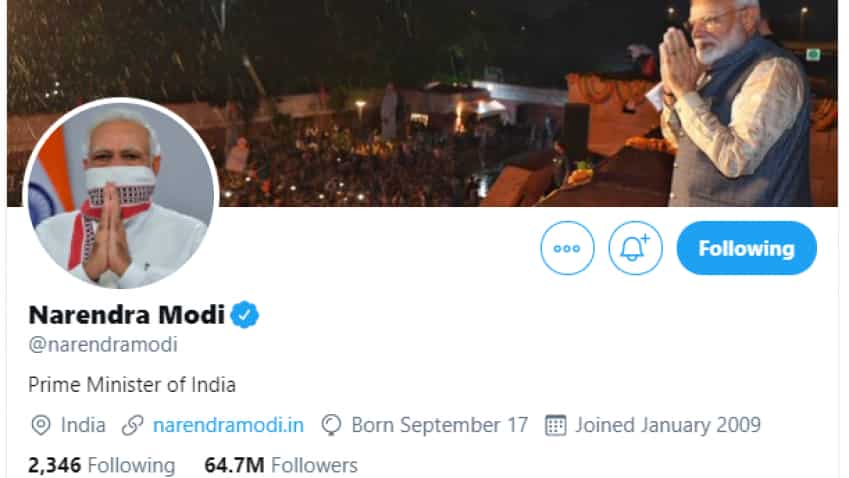 “After close review of recent Tweets from the @realDonaldTrump account and the context around them we have permanently suspended the account due to the risk of further incitement of violence,” the social media giant had said in a tweet.

While Trump enjoyed a following of 88.7 million people on Twitter, PM Modi currently has 64.7 million followers.

Former US President Barack Obama continues to be the most followed politician on Twitter with a backing of 127.9 million people. However, he is no longer active in politics. Joe Bide has 23.3 million followers.

On Saturday, Twitter had permanently suspended the account of Trump due to “risk of further incitement of violence”. The unprecedented move by the California-based social media platform came two days after his supporters stormed the Capitol, bringing disgrace to the country and its democratic institutions. Five people, including a woman and a police officer, died.
In a statement hours after he was banned, Trump had said: “I predicted this would happen. We have been negotiating with various other sites, and will have a big announcement soon, while we also look at the possibilities of building out our own platform in the near future. We will not be SILENCED!”

“Twitter is not about FREE SPEECH. They are all about promoting a Radical Left platform where some of the most vicious people in the world are allowed to speak freely. “STAY TUNED!”” he had added, indicating some announcements in this regard was forthcoming.

Earlier, after permanently suspending US President Donald Trump from Twitter, the micro-blogging site has banned the account of his presidential campaign -- @TeamTrump.

Twitter shut down his @TeamTrump campaign account shortly after it deleted tweets from the US President from an official government account, in which President Trump accused Twitter of "banning free speech" and coordinating with "the Democrats and the Radical Left" to silence him.