Muslim Ban: Here's a list of 14 CEOs against Trump's immigration ban and their letters, Tweets 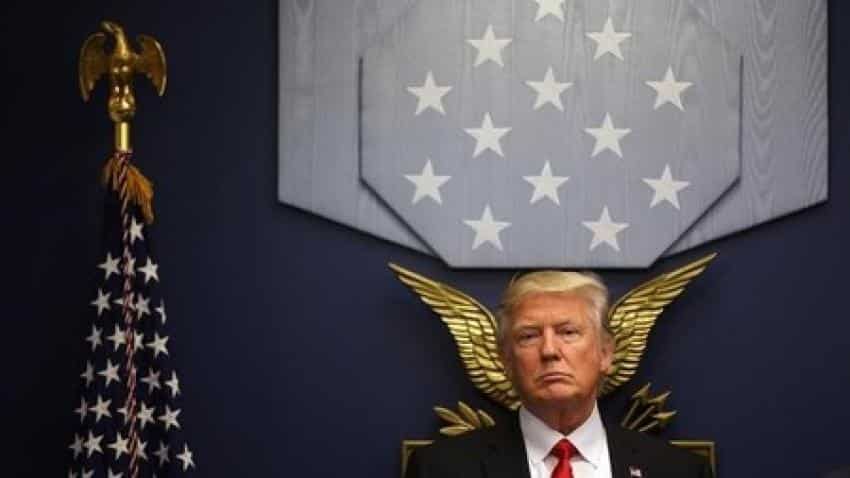 Among the list of countries that Trump banned from the US were Iraq, Iran, Sudan, Libya, Somalia, and Yemen.

“It's not a Muslim ban," Trump told reporters in the Oval Office as he signed several executive orders on Saturday. "It's working out very nicely. You see it at the airports, you see it all over," President Trump said.

Here’s a list of CEOs that did not have the same opinion as the newly elected US president.

1. Mark Zuckerberg, Facebook CEO: One of the first to speak out against Trump’s ruling was Zuckerberg who in a Facebook post said, “We are a nation of immigrants, and we all benefit when the best and brightest from around the world can live, work and contribute here.”

2. Sundar Pichai, Google CEO: Pichai was the next to voice his opinion in an email to his employees.

"We`re upset about the impact of this order and any proposals that could impose restrictions on Googlers and their families, or that could create barriers to bringing great talent to the US," The Wall Street Journal quoted Pichai as saying in an e-mail to staff.

Twitter is built by immigrants of all religions. We stand for and with them, always.

He then tweeted, “The Executive Order's humanitarian and economic impact is real and upsetting. We benefit from what refugees and immigrants bring to the U.S.”

The Executive Order's humanitarian and economic impact is real and upsetting. We benefit from what refugees and immigrants bring to the U.S. https://t.co/HdwVGzIECt

4. Airbnb CEO, Brian Chesky: Airbnb co-founder Brian Chesky also slammed the ban on Muslim immigrants as he said, “Not allowing countries or refugees into America is not right, and we must stand with those who are affected.”

Not allowing countries or refugees into America is not right, and we must stand with those who are affected.

Airbnb is providing free housing to refugees and anyone not allowed in the US. Stayed tuned for more, contact me if urgent need for housing

If you're able to host refugees in need via Airbnb, you can sign up here: https://t.co/ccI5BKW0mX https://t.co/WWTGUNemMv

5. Mark Parker, Nike CEO: In a letter to his employees, Parker said that Nike believes in a world where everyone celebrates the power of diversity. 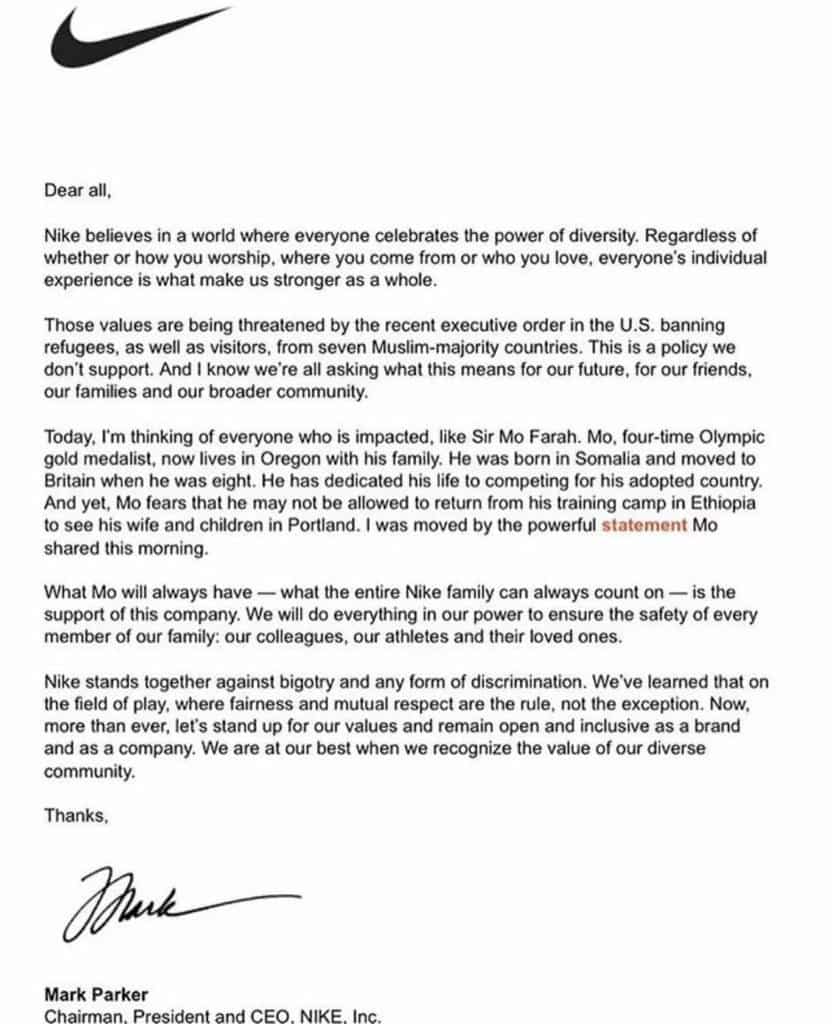 7. Tim Cook, Apple CEO: Cook addressed the issue by sending an email to Apple employees on Saturday. “I’ve heard from many of you who are deeply concerned about the Executive Order issued yesterday restricting immigration from seven Muslim-majority countries,” Cook said.

There are employees at Apple who are directly affected by yesterday's immigration order. Our HR, Legal and Security teams are in contact with them, and Apple will do everything we can to support them. We're providing resources on AppleWeb for anyone with questions or concerns about immigration policies. And we have reached out to the White House to explain the negative effect on our coworkers and our company.

As I've said many times, diversity makes our team stronger. And if there's one thing I know about the people at Apple, it's the depth of our empathy and support for one another. It's as important now as it's ever been, and it will not weaken one bit. I know I can count on all of you to make sure everyone at Apple feels welcome, respected and valued.

Apple is open. Open to everyone, no matter where they come from, which language they speak, who they love or how they worship. Our employees represent the finest talent in the world, and our team hails from every corner of the globe.

In the words of Dr. Martin Luther King, "We may have all come on different ships, but we are in the same boat now."

9. Travis Kalanick, Uber CEO: After facing heat over ‘being a Trump supporter’ on social media and protests, Kalanick in a letter to employees said that he believes in standing up for what is right.

10. Beth Galetti, VP of human resources, Amazon:
Galetti wrote a letter to the workforce that read, “From the very beginning, Amazon has been committed to equal rights, tolerance and diversity — and we always will be. As we’ve grown the company, we’ve worked hard to attract talented people from all over the world, and we believe this is one of the things that makes Amazon great — a diverse workforce helps us build better products for customers. Our immediate focus is to make sure you all have the information you need to make travel decisions in the coming days and weeks.”

She then went on to speak about the travel restrictions that the employees would need to follow with Trump’s new rule.

When we close our hearts & stop loving other people as ourselves (MK 12:31) we forget who we truly are---a light unto the nations. #noban

"Foreigners from those 7 nations have killed zero Americans in terrorist attacks on U.S. soil between 1975 - 2015."https://t.co/HftdtA0qj7

Trump's stated immigration policies would be economically damaging and will in time be seen as morally wrong. https://t.co/HSjJXJdsOq

Turning our backs on people in need is not Christian, not humane, and not American. I'm ashamed of today's cruelty. https://t.co/njQm2pDNoz