Elon Musk's space transportation company SpaceX has named its first private passenger on a voyage around the moon. He is Yusaku Maezawa. 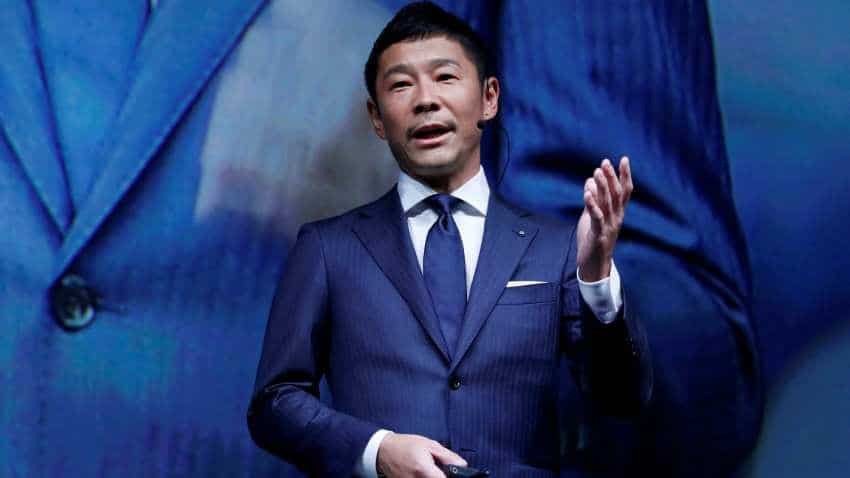 Elon Musk's space transportation company SpaceX has named its first private passenger on a voyage around the moon. He is Yusaku Maezawa, a Japanese billionaire and there are many interesting things about him you would like to know. Yusaku Maezawa is the founder of online fashion retailer Zozo and a former drummer in punk band. He will become the first person to travel to the moon since the United States' Appolo missions ended in 1972.

As a young man, diminutive Maezawa had struggled to find fitting clothes. Now, he hopes to revolutionize the fashion industry through his Zozosuit, which once allowed users to upload their body measurements and order a growing number of made-to-measure items.

Yusaku Maezawa, 42, is famous outside Japan for his record-breaking $110 million purchase of an untitled 1982 Jean-Michel Basquiat painting. The billionaire said he would invite six to eight artists to join him on the lunar orbit mission.  Maezawa is known as one of Japan`s most colorful executives. He is a regular fixture in the country`s gossip weeklies with his collection of foreign and Japanese art, fast cars and celebrity girlfriend.

Maezawa has made his fortune by founding the wildly popular shopping site Zozotown. His company Zozo, which is officially called Start Today Co Ltd, also offers a made-to-measure service using a polka dot bodysuit, the Zozosuit. In a country where corporates generally maintain a low-profile, Maezawa is one of a small group of founders widely recognised by the general public. Others include SoftBank Group Corp's Masayoshi Son and Fast Retailing`s Tadashi Yanai.

Maezawa has joined a growing list of celebrities and the ultra-rich who have secured seats on flights offered on the under-development vessels.

Maezawa has a penchant for fast machines, showing off vehicles including the Bugatti Chiron sports car and the Mercedes-Maybach G650 Landaulet SUV. In August, the Japanese billionaire had tweeted that his new jet`s interior was being fashioned by luxury label Hermes.

Maezawa coming on board SpaceX mission will also provide a great publicity to his company Zozo, which has set ambitious overseas sale targets driven by its custom-made private clothing line. As soon as the news of Maezawa named as SpaceX first private passenger appeared, his company's shares fell as much as 4.7 per cent before recovering.

Musk revealed Maezawa`s identity as the first SpaceX passenger to make a round of the Moon on Monday evening at the company`s headquarters and rocket factory in the Los Angeles suburb of Hawthorne. "He`s a very brave person to do this," Musk said of the Japanese entrepreneur.

Maezawa may make his trip by 2023. Musk has not revealed the cost Maezawa is paying for the trip.