MacKenzie Bezos pledges half of her $37 billion fortune to charity 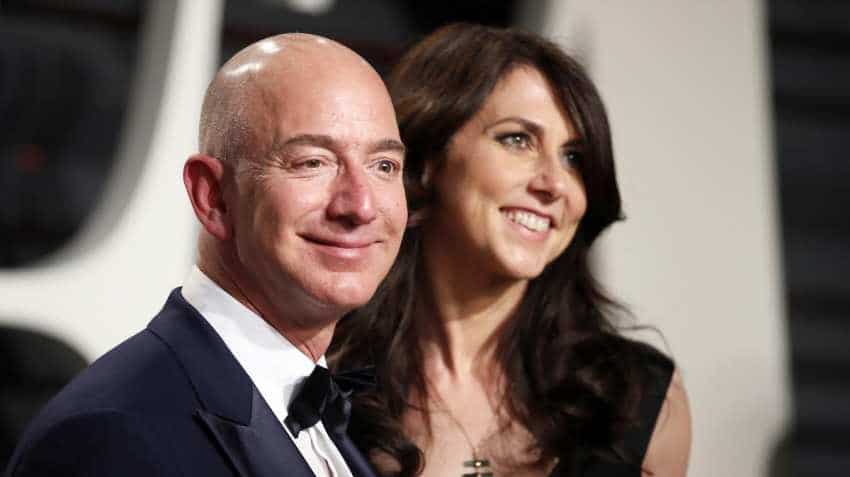 MacKenzie Bezos was among 19 other individuals who joined the "Giving Pledge". Photo: Reuters

MacKenzie Bezos, former wife of of Amazon Inc Chief Executive Officer Jeff Bezos, has joined the "Giving Pledge" campaign, by promising to donate half of her fortune acquired by her post her divorce. The Giving Pledge is an initiative by Berkshire Hathaway Inc's Buffett and Microsoft Corp co-founder Bill Gates. The campaign which began in the year 2010 calls on the super rich to donate half of their fortune over the course of their lifetime or in their will.

On Tuesday, MacKenzie Bezos was among 19 other individuals who joined the "Giving Pledge". Earlier this year, MacKenzie Bezos finalised her divorce from the world's richest man. Post the divorce from Jeff Bezos, she became one of the richest people in the world, with her personal fortune at an estimated worth of $36.6 billion. She now ranks 22nd on the Bloomberg Billionaires Index.

However, her former husband Jeff Bezos lead the global rankings with a net worth around $114 billion.

Stating in a letter dated May 25, 2019, and published on Tuesday, MacKenzie Bezos said, "I have a disproportionate amount of money to share."

"There are lots of resources each of us can pull from our safes to share with others — time, attention, knowledge, patience, creativity, talent, effort, humor, compassion. My approach to philanthropy will continue to be thoughtful. It will take time and effort and care. But I won’t wait. And I will keep at it until the safe is empty." she further adds in the letter.

The Amazon CEO applauded her decision, tweeting, "MacKenzie is going to be amazing and thoughtful and effective at philanthropy, and I’m proud of her. Her letter is so beautiful. Go get ‘em MacKenzie."

MacKenzie is going to be amazing and thoughtful and effective at philanthropy, and I’m proud of her. Her letter is so beautiful. Go get ‘em MacKenzie. https://t.co/S2gLLBQyRQ

Amazon Fab Phones Fest: Up to 40% off on smartphones from Xiaomi, Samsung, Apple and more