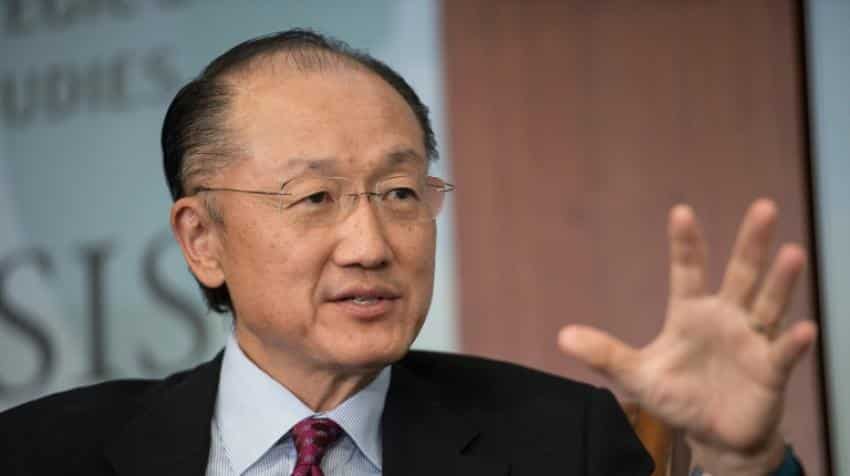 The board of the World Bank has unanimously agreed to name Jim Yong Kim to a second term as president, the global lender announced on Tuesday.

Kim had been the only candidate in a process criticised by World Bank staff and campaigners as lacking in transparency and dominated by the United States (US).

In a statement announcing the decision, the Bank's board offered a strong endorsement of Kim's record, including setting the goal of eliminating extreme global poverty by 2030 and an internal reorganisation to promote better coordination which provoked staff dissent.

The board also said an effort under Kim to cut bank spending had reduced administrative costs by $400 million (nearly Rs 2661.1 crore), money then reinvested to support the bank's goals.

"Chairs expressed satisfaction that this Expenditure Review is on track, allowing the organisation to increase its support for countries and focus on delivering results more quickly," the statement said.

Following an unwritten rule, the United States (US), the Bank's largest shareholder, has chosen all World Bank presidents since the institution's creation after the Second World War. But when he was nominated for a first term in 2012, Kim was the first US nominee to face a challenger when Nigeria's Ngozi Okonjo-Iweala entered the contest.

Kim received the US endorsement almost immediately after the window for nominations for the term beginning next July opened, perhaps warding off challengers and avoiding a repeat of 2012.

However, the Bank's staff association last month delivered a stinging broadside, citing high levels of disaffection among its 15,000 employees and asserting that the Bank faced a "crisis of leadership."