Gold slips on dollar strength after two sessions of gains 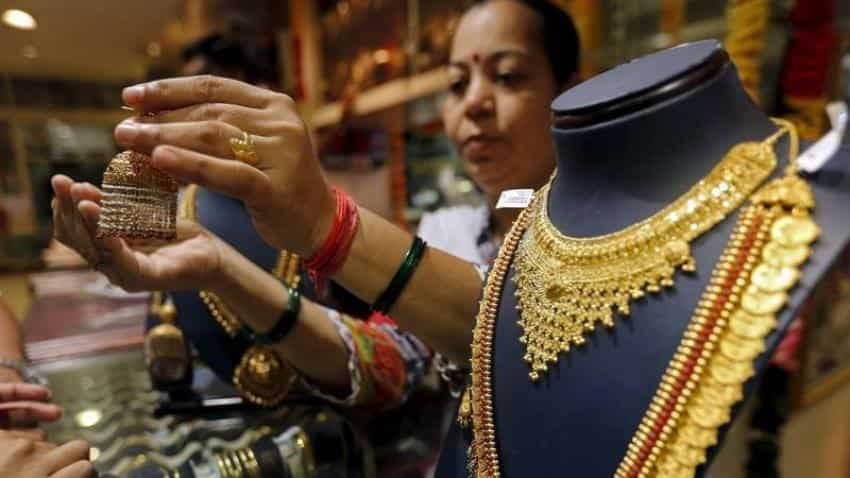 A saleswoman shows a gold earring to customers at a jewellery showroom in Mumbai. Pic: Reuters
Written By: Reuters
RELATED NEWS

Gold prices edged lower in Asian trade on Tuesday after two sessions of gains, dragged down as the U.S. dollar strengthened.

* The dollar index, which measures the greenback against a basket of six major currencies, was up 0.1 percent at 97.021.

* The dollar firmed in early Asian trading on Tuesday, while recently beleaguered sterling stayed close to recent lows on continuing fears about the likely impact on Britain from exiting the European Union.

* The European Central Bank`s exit from its ongoing asset purchase programme would largely depend on economic data, ECB policymaker and Bank of Italy Governor Ignazio Visco said on Monday.

* Gold miner SolGold Plc said on Monday that an offer from global miner BHP Billiton Plc, to buy a stake in the company was not in its best interest.

* The Philippines will cancel the environmental permit of a nickel miner that began operations this year, a minister said, as the government intensifies a campaign to punish mineral producers harming natural resources. The environment agency also reviewed the certification of other projects, including the Tampakan gold-copper mine.

* Avocet Mining Plc says it has entered into a conditional joint venture agreement regarding its gold project in Guinea, known as Tri-k, with a subsidiary of Managem SA.

* Mali`s government ordered Randgold Resources on Monday to pay half the 46.89 billion CFA francs ($80 million) it says the London-listed miner owes it before opening talks about the remaining sum. Randgold said it continued to engage to resolve the tax issues in Mali.

* Oil prices edged down early on Tuesday but held near one-year highs touched on growing expectations of an output cut by OPEC producers, and traders said the price outlook remains bullish as confidence in crude markets rises.