Global stocks continued their downward trend for the seventh straight session as possibilities of a prolonged U.S. government shutdown and a deteriorating global economy unnerved investors 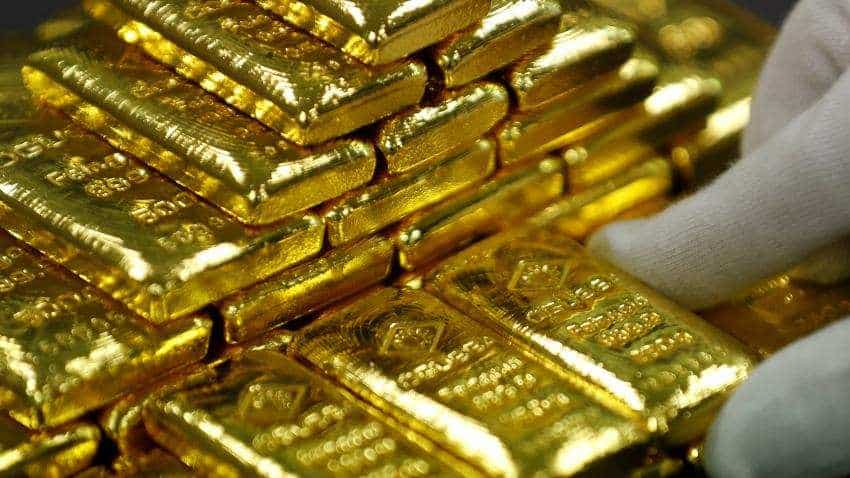 Gold rose 1 percent to scale a six-month peak on Monday as sliding stock markets and concerns about a global economic slowdown sapped risk sentiment, driving investors to seek safety in the precious metal.

"Gold has continued to be firm here in the course of equity market weakness and an ongoing bevy of factors that are concerns for the market such as trade wars, interest rate hikes and others," said David Meger, director of metals trading at High Ridge Futures.

Global stocks continued their downward trend for the seventh straight session as possibilities of a prolonged U.S. government shutdown and a deteriorating global economy unnerved investors.

"A lower U.S. dollar index today is also working in favour of the precious metals market bulls. There is marketplace unease over the U.S. government`s partial shutdown that could last a while."

The dollar was pressured amid concerns that the U.S. Federal Reserve will keep raising rates into a weakening economy.

"If the Fed is going to continue its aggressive stance, then our economy will slow down and a recession is a possibility. There is just so much negative news, that I cannot see gold do anything but go up," said Walter Pehowich, executive vice president of investment services at Dillon Gage Metals.

Gold, seen as a safe investment during political and financial uncertainties, has risen over 9 percent from a 19-month low of $1,159.96 in mid-August.

An increase in net long positions among speculators and a rise in the holdings of the SPDR Gold Trust , the world`s largest gold-backed exchange-traded fund, indicated increased interest in the metal.

Net long positions in Comex gold increased to a six-month high in the week to Dec. 18, while holdings of the SPDR rose to their highest since mid-August on Friday.

Indian economy 2021: With 0.4% GDP gowth in 3rd quarter, country out of technical recession