The MSCI All World Stock Index was little changed at 741 points, barely below its lifetime high of 749.16 points hit last month. 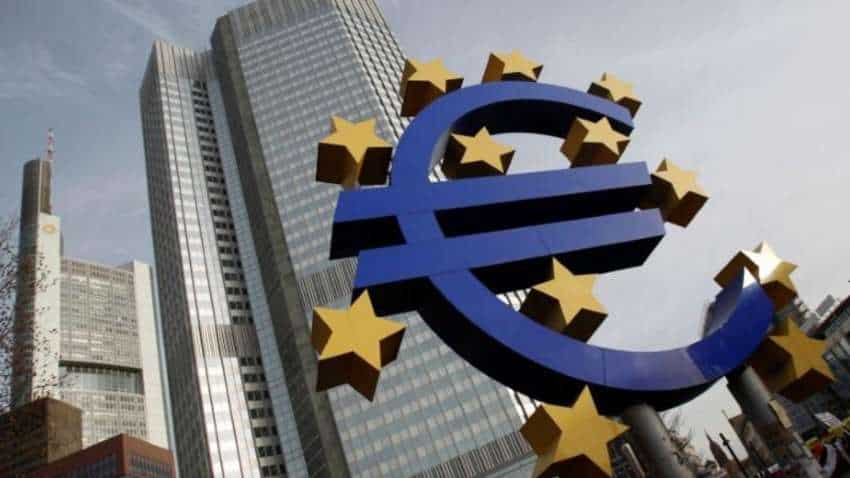 The ECB left policy unchanged, as widely expected, holding fire before a set of crucial decisions in December on ending pandemic emergency stimulus and returning policy to a more normal setting. Source: Reuters

The MSCI All World Stock Index was little changed at 741 points, barely below its lifetime high of 749.16 points hit last month.

The ECB left policy unchanged, as widely expected, holding fire before a set of crucial decisions in December on ending pandemic emergency stimulus and returning policy to a more normal setting.

The STOXX index of 600 companies was flat at 474 points, some two points below its record high from August and little changed after the ECB`s statement.

Wall Street`s opening tone, however, could hinge on the Commerce Department`s advance gross domestic product report, due at 1230 GMT.

The data is expected to show the U.S. economy grew by a 2.7% annualised rate in the third quarter, its slowest pace in more than a year after a surge in COVID-19 infections.

Markets are trying to gauge what impact inflationary pressures from global supply chain bottlenecks will have on central bank thinking and interest rate policy, with meetings of the U.S. Federal Reserve and Bank of England next week keenly awaited.

"The markets are caught in a bit of a no-man`s land of optimism that earnings are going to continue to be positive, against pessimism that inflation is going to crimp profit margins," said Michael Hewson, chief markets analyst at CMC Markets.

"Even if there has been no evidence of that, we need to get these central bank meetings out of the way as they are keeping investors on tenterhooks," Hewson said.

The impact of bottlenecks on sectors like autos was further highlighted on Thursday by Volkswagen, its shares falling 2.8% after the German car giant cut its outlook for deliveries as a shortage of computer chips led to lower-than-expected operating profit in the third quarter.

In Asia, Japan`s robot maker Fanuc tumbled 7.8% while IT conglomerate Fujitsu shed 8.4% as their earning showed a bigger than expected impact from a global chips shortages.

CRUDE OIL WOBBLES
Oil prices eased to their lowest in two weeks after official figures showed a surprise jump in U.S. inventories of crude, while rising cases of COVID-19 in Europe, Russia and some outbreaks in China dented hopes for a global economic recovery. [O/R]

The euro was steady at $1.1599 after the ECB`s policy announcement.

MSCI`s broadest index of Asia-Pacific shares outside Japan ticked down 0.3% amid worries over the impact of chip shortages.

"The working assumption in the market has been that the impact of a chip shortage will fade by the end of year. But if it remains a problem next year, investors will surely feel less confident about the outlook," said Masayuki Murata, general manager of balanced portfolio investment at Sumitomo Life Insurance.

Longer-dated yields fell in part because a tighter monetary policy is likely to tame inflation and could derail the economic recovery down the road.

"Long-dated yields are falling because of concerns that tighter monetary policies will restrain the economy in the longer run," said Naokazu Koshimizu, senior rates strategist at Nomura Securities.

The yen showed limited response to the Bank of Japan`s decision to keep its policy on hold and stood at 113.62 per dollar, slightly down.

Global shares linger at peaks ahead of Fed move