Wall Street`s three major stock indexes hit record highs with earnings for S&P 500 companies expected to have increased by 11.8 percent in the recently-ended quarter, according to Thomson Reuters. 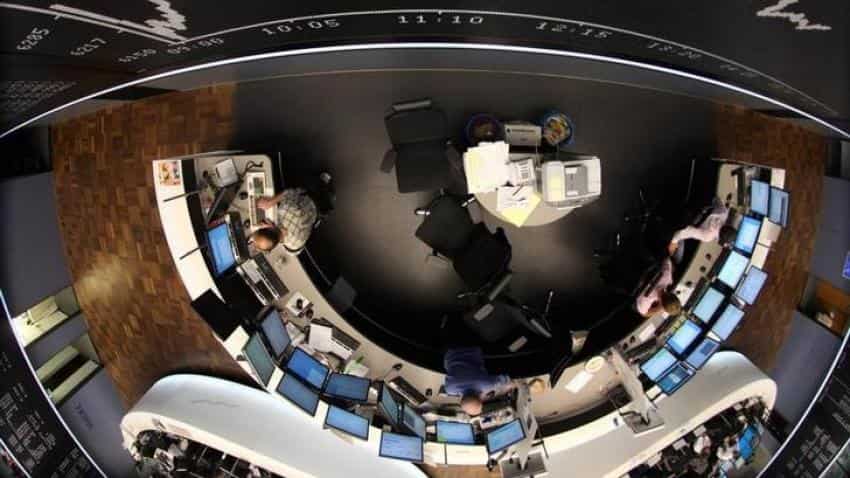 The DAX Index board is pictured during a trading session at Frankfurt's stock exchange. Image source: Reuters
RELATED NEWS

Asian stocks resumed their ascent on Friday, supported by U.S. earnings optimism and higher oil prices while the euro edged up as the European Central Bank signalled an end to its massive stimulus.

European shares are expected to rise, with futures for German`s Dax and France`s CAC up 0.3 percent and those for Britain`s FTSE up 0.1 percent.

MSCI`s broadest index of Asia-Pacific shares outside Japan rose 0.6 percent, following two straight sessions of decline and is on course to log its fifth straight week of gains. Japan`s Nikkei, however, dropped for a third day, shedding 0.2 percent for the day and 0.3 percent for the week.

China`s custom-cleared trade data showed brisk growth in exports and imports in 2017, underscoring a global economy that continues to hum along nicely, though growth hit a speed bump in December after a surge in November.

Wall Street`s three major stock indexes hit record highs with earnings for S&P 500 companies expected to have increased by 11.8 percent in the recently-ended quarter, according to Thomson Reuters.

MSCI`s broadest gauge of the world`s stock markets also hit a record high on Thursday, having risen in seven of the eight business days so far this year for a total increase of 3.3 percent.

The energy sector led the gains as oil prices rose to three-year highs while interest rate sensitive-sectors, such as utilities and real estate companies, underperformed.

U.S. Treasury yields fell on Thursday after China disputed a media report that its government officials had recommended the country slow or halt its purchases of U.S. bonds.

China`s currency regulator dismissed the report but said it is diversifying its foreign exchange reserves in order to safeguard their value.

"China is starting to rebuild its forex reserves so it does not make sense economically that China would want to stop buying U.S. Treasuries," said Shuji Shirota, head of macro economics strategy group at HSBC in Tokyo.

On the other hand, the benchmark German 10-year Bunds yield hit a five-month high of 0.532 percent after accounts of the ECB`s December meeting showed it thinks it should revisit its communication stance in early 2018.

With the euro zone seeing its best growth in a decade, the ECB should gradually shift its stance to avoid a more disruptive move later and look at a broader revision of its policy guidance to reduce the focus on bond purchases and raise the emphasis on interest rates, they showed.

"I would imagine the ECB is dying to give it a try to end negative interest rates after September. If that doesn`t go down well in markets, the bank will modify its message but it should want to at least test the water," said Yoshinori Shigemi, global market strategist at JPMorgan Asset Management.

The ECB has pledged to continue its bond purchase programme at least until September and investors expect any rate hike to take place next year.

"Given the ECB’s track record of reacting only very gradually, we continue to see an end to QE in December and a first rate hike in June 2019, but the likelihood of an earlier normalisation has logically increased," Anatoli Annenkov, senior European economist at Societe Generale in London wrote in report.

The euro`s overnight index swap rates have risen sharply this week as traders price in higher chance of a rate hike early next year.

On the other hand, the dollar was broadly weak after U.S. wholesale price dipped in December from November, reinforcing investors` expectations of a tame inflation.

Friday will see U.S. data on consumer inflation and retail sales, both at 1330 GMT.

Bitcoin flirted with this year`s low, having fallen 11.1 percent on Thursday after the government in South Korea, a major source of digital currency demand, unveiled plans to ban cryptocurrency trading.

Oil prices retreated from big gains the previous day but still traded near three-year highs on signs of tightening supply in the United States.

Brent crude futures ticked down 0.2 percent to $69.13 a barrel after hitting $70.05 a barrel during the previous session, its highest level since November 2014.