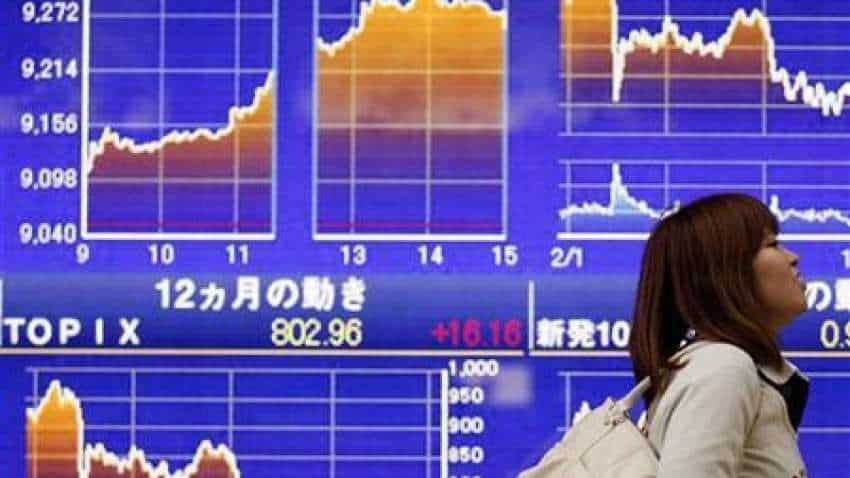 Japan`s Nikkei posted a 2% gain overnight as its government promised a near $1 trillion stimulus package - equal to a fifth of its gross domestic product. Source: Reuters
Written By: Reuters
Edited By: ZeeBiz WebTeam
RELATED NEWS

World stock markets posted sharp gains on Tuesday as signs of progress in curbing the spread of the novel coronavirus in both Europe and the United States fueled investors` appetite for risk.

Oil prices climbed on hopes of a deal to decrease supply, while the euro jumped against the greenback after six sessions of declines.

Japan`s Nikkei posted a 2% gain overnight as its government promised a near $1 trillion stimulus package - equal to a fifth of its gross domestic product.

Mainland China reported no coronavirus deaths for the first time since the pandemic began and a drop in new cases, a day before Wuhan, where the virus emerged in December, was set to lift its lockdown.

But France`s coronavirus figures on Monday showed that the rate of increase in fatalities sped up again after several days of slowing, even as the increase in people needing intensive care continued to decelerate.

"I think there`s still a lot of headwinds that could cause this market to re-test the lows. There will be the initial resumption of business on paper, but then the actual actions will have to follow."

Worldwide, the virus has infected more than 1.3 million people and killed over 74,000, and though the numbers are still rising in many highly populated countries, some tentative improvements have given hope.

With market optimism on the rise, the U.S. dollar dropped and riskier currencies outperformed as risk appetite improved on hopes that lock-downs may be slowing the spread of the coronavirus in some countries.

"Fatalities in the UK remain relatively low and slowed for the second day, although the apex is still thought to be about 10 days away,” Win Thin, global head of currency strategy at Brown Brothers Harriman in New York, said in a report.

“High-frequency data on coronavirus infections and death rates continue to stabilize,” he said.
The dollar index, tracking the greenback against six major currencies, fell 0.675%, with the euro up 0.83% to $1.0881.
The Japanese yen strengthened 0.17% versus the greenback at 109.06 per dollar, while Sterling was last trading at $1.232, up 0.74% on the day.

OIL WOBBLY
Oil prices were in and out of negative territory as hopes that the world`s biggest producers would agree to cut output were countered by analyst fears that a global recession in the wake of the coronavirus crisis could be deeper than expected.