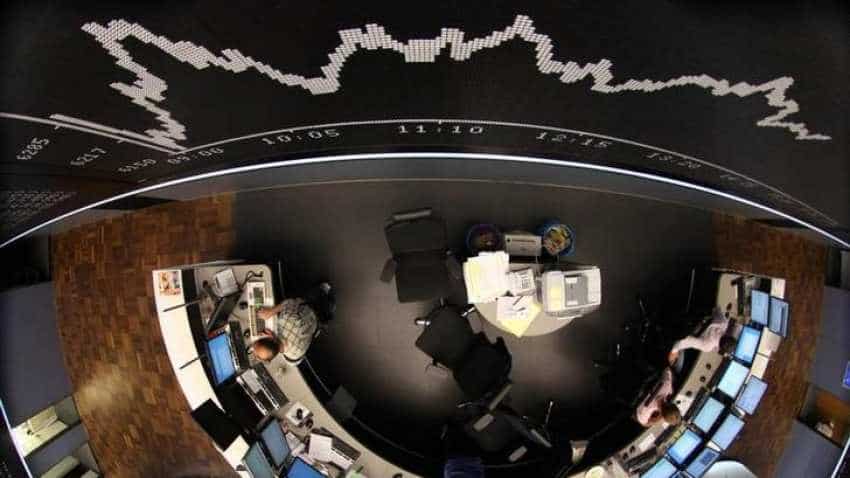 Asian shares fell to six-week lows on Thursday and the dollar rose after the US Federal Reserve delivered a 25-basis-point rate cut as expected but poured cold water on market expectations of a lengthy easing cycle. MSCI`s broadest index of Asia-Pacific shares outside Japan slid 0.4%, extending losses for a fifth day to the lowest since mid-June.

Speaking in a news conference after the release of the central bank`s statement, Powell characterised the rate cut as "a mid-cycle adjustment to policy", citing signs of a global slowdown, simmering U.S. trade tensions and a desire to boost too-low inflation. Markets took that as a sign that sharp further cuts were not imminent.

Later in a news conference, Powell said Wednesday`s move was "not the beginning of a long series of rate cuts", sending US equity markets into a tailspin and dollar to its highest since May 2017 against a basket of six major currencies.

Financial markets had been expecting more cuts by year-end, though some analysts said extended easing did not appear to warranted for now given robust U.S. consumer spending and a strong labour market.

Overnight, the Dow and the Nasdaq lost 1.2% each while the S&P 500 declined 1.1%. MSCI`s gauge of stocks across the globe slipped to a five-week low.

"By not coming out and promising more cuts in the future, the market appears to have interpreted this policy move as hawkish," said John Velis, forex and macro strategist at BNY Mellon.

"SLOWBALIZATION"
U.S. Treasuries reacted to Powell`s remarks by flattening the yield curve as the front-end of the market scaled back on prior expectations for at least a 100 basis points of easing in the near-term.

Notably, yields on 10-year bonds too came under pressure, suggesting "the market thinks the Fed is making a policy mistake by not being more dovish," National Australia Bank analysts wrote in a note.

Further hurting sentiment, the United States and China ended a round of meetings without much progress on their ongoing tariff war.

"Slowbalisation appears intact and trade should continue to drag on corporate confidence, capex and global growth in the near term."

In foreign exchange, the dollar rose against the euro and Antipodean currencies on expectations monetary policies in Europe, Australia and New Zealand will remain accommodative. The dollar index finished July 2.5% higher.

The kiwi held at $0.6561 as markets wager on a rate cut by the Reserve Bank of New Zealand next week. Against the Japanese yen , the dollar broke above 109 to jump to the highest since end-May.

In commodities, crude oil futures settled higher on Wednesday for the fifth straight day, buoyed by a bigger-than-expected drop in U.S. inventories, but the stronger dollar helped bring prices down from session highs in post settlement trading. U.S. crude futures fell more than $1 to $57.56 per barrel. Brent was down $1.10 at $63.95. Spot gold made a new two-week trough on Thursday after falling to 1,399.75.