Global drone market estimated to reach $14 billion over the next decade: Study

Global non0-military drone market, dominated by manufacturers in China, will triple in size to $14.3 billion in sales over the next decade. 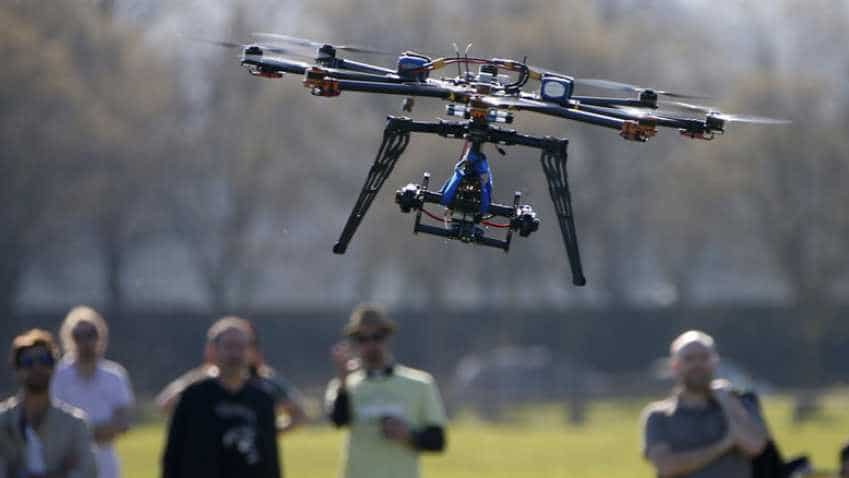 Global drone market will benefit from a gradual opening of US airspace by the Federal Aviation Administration and increased use by commercial industries. Photo: Reuters
Written By: Reuters
RELATED NEWS

The worldwide non-military drone market, dominated by manufacturers in China, will triple in size to $14.3 billion in sales over the next decade, a study released on Wednesday said, even as US officials warn of national security risks. The market, estimated at $4.9 billion this year, will benefit from a gradual opening of US airspace by the Federal Aviation Administration and increased use by commercial industries, according to the study by aerospace analysis company Teal Group.

The report comes amid increased security concerns from the United States and private US companies that Beijing could access sensitive data and footage collected by Chinese-made drones.

In May the Department of Homeland Security warned US firms of the risks to company data from Chinese-made drones, according to a notice reviewed by Reuters.

Chinese drone manufacturer DJI, which is at the centre of the criticism, called the security concerns "false" and "misguided."

DJI customers have "full and complete" control of their data, said spokesman Michael Oldenburg in a phone interview.

The leading market segment for drones, the study said, is industrial inspection, which includes industries such as construction, energy and mining. They use drones to survey sites and transmission lines, among other things. Use in agriculture, for spraying crops and analysing fields, ranks second, it said.

The U.S. Army in 2017 stopped its usage of DJI drones. The Senate version of the National Defence Authorization Act includes a provision to block the Defence Department from using Chinese drones.

Cape, a California-based company that sells drone software to various law enforcement agencies, said on Wednesday that it would "cease all integration" with DJI and other Chinese drone makers.