Flights at London`s Gatwick airport remained suspended early on Thursday, five hours after the UK`S second-busiest airport halted them to investigate reports of two drones flying over its airfield. 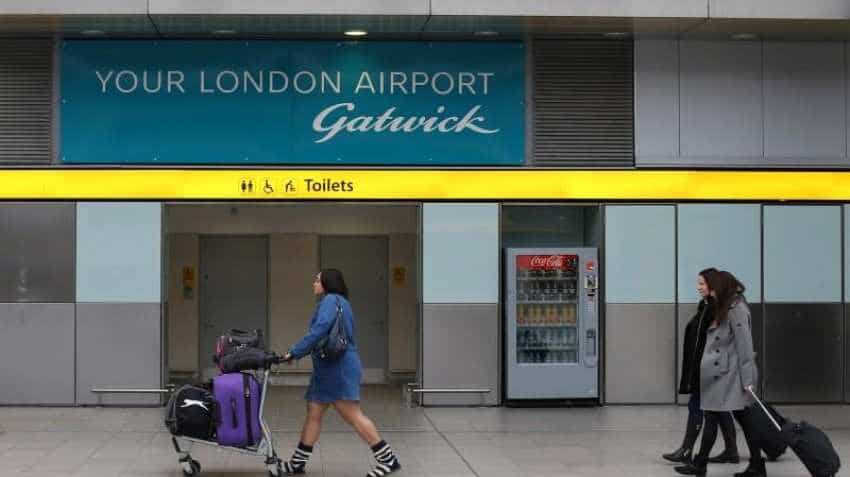 Planes were unable to depart, while a number of flights scheduled to land were diverted to other airports, Gatwick said in a statement. Gatwick apologised on Twitter to affected passengers, adding that safety was its "foremost priority".

The airport advised people flying or collecting someone from Gatwick on Wednesday or Thursday to check the status of their flights. An increase in near collisions by unmanned aircraft and commercial jets has fuelled safety concerns in the aviation industry in recent years.

In Britain, the number of near misses between private drones and aircraft more than tripled between 2015 and 2017, with 92 incidents recorded last year, according to the UK Airprox Board. There were multiple reports of drone sightings since the initial report of two drones at 2103 GMT on Wednesday, Gatwick said.

Gatwick`s statement did not provide an estimate for the resumption of flights. "We will update when we have suitable reassurance that it is appropriate to re-open the runway", said the airport, which is investigating the situation alongside police.

Some passengers took to Twitter to express their annoyance over the situation. "I have two tiny children on board and a hotel room at Gatwick to get to", one passenger whose flight was redirected, complained to British Airways on Twitter.

The airline said earlier that the situation was not within its control. Gatwick is 50 km (30 miles) south of London and competes with Europe`s busiest airport, Heathrow, 32 km (20 miles) west of London.

"Our airlines are working to provide affected passengers with hotel accommodation or transport passengers landing at other airports to Gatwick by other means, and Gatwick staff are looking after passengers in our terminals", the airport said.