"All my internal warning bells are going off and for the first time in my life, I’m sorry to say that I’m hesitant about putting my family on a Boeing airplane," Pierson wrote to Boeing management before the first crash, according to an email obtained by the committee. 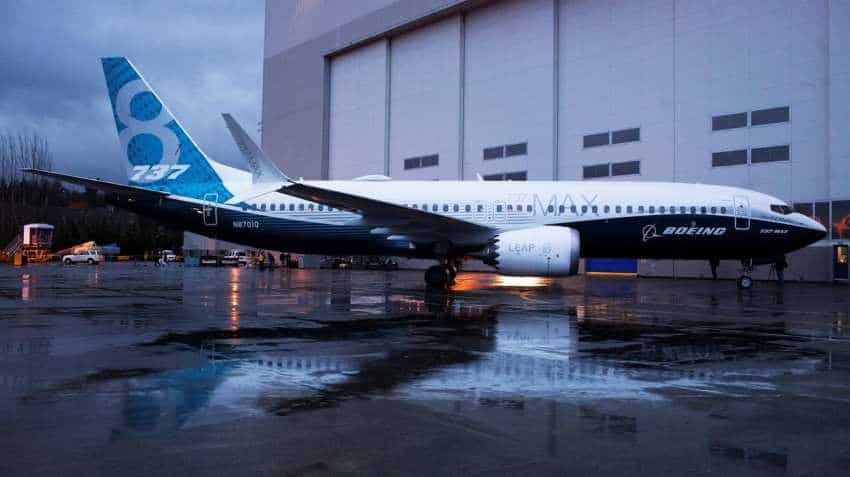 Pierson`s concerns were referenced at an Oct. 30 hearing - though he had not been named previously, Photo: Reuters
Written By: Reuters
RELATED NEWS

A former Boeing Co employee who warned of problems with 737 production will testify on Wednesday at a U.S. House hearing on the Federal Aviation Administration (FAA) review of the grounded 737 MAX.

The aircraft has been grounded since March after two fatal crashes in five months killed 346 people. Federal officials say the FAA is not expected to authorize the plane to fly until January at the earliest.

Former Boeing employee Edward Pierson, who had worked as a senior operations manager in the flight tesat and evaluation unit, will testify before the U.S. House Transportation and Infrastructure Committee.

Pierson`s concerns were referenced at an Oct. 30 hearing - though he had not been named previously.

"All my internal warning bells are going off and for the first time in my life, I’m sorry to say that I’m hesitant about putting my family on a Boeing airplane," Pierson wrote to Boeing management before the first crash, according to an email obtained by the committee.

Boeing spokesman Gordon Johndroe said on Monday that "although Mr. Pierson did not provide specific information or detail about any particular defect or quality issue, Boeing took his concerns about 737 production disruption seriously."

He added that after Pierson retired and raised the issue again "those concerns received renewed scrutiny at the highest levels of the company."

Johndroe added "the suggestion by Mr. Pierson of a link between his concerns and the recent MAX accidents is completely unfounded."

Eric Havian, a lawyer for Pierson, said in a statement that Boeing refused to act on his client`s warnings, which came four months before the first crash, and that Pierson was speaking out "to ensure that Boeing can no longer place profits above safety."

He also said Pierson raised concerns with the FAA and National Transportation Safety Board and was met with "indifference."

In a Nov. 25 letter to Havian made public on Monday, the FAA said Pierson`s concerns remain under review by the agency and have "been handled across multiple channels in the FAA."

Representative Peter DeFazio, who chairs the House panel, said Pierson was one of "a number of current and former employees" of the FAA and Boeing who have talked to the committee anonymously over the last eight months.

Representative Albio Sires, a Democrat, on Oct. 30, questioned Boeing CEO Dennis Muilenburg about concerns raised by a Boeing employee about 737 production and his recommendation that production be halted. Sires said the employee wrote directly to Muilenburg in December 2018 after retiring.

"He raised some good concerns. We went back and took a look at his concerns and in some cases we identified areas where we thought his issues had already been addressed," Muilenburg said.
Johndroe confirmed Monday Pierson was the employee referenced by Sires.