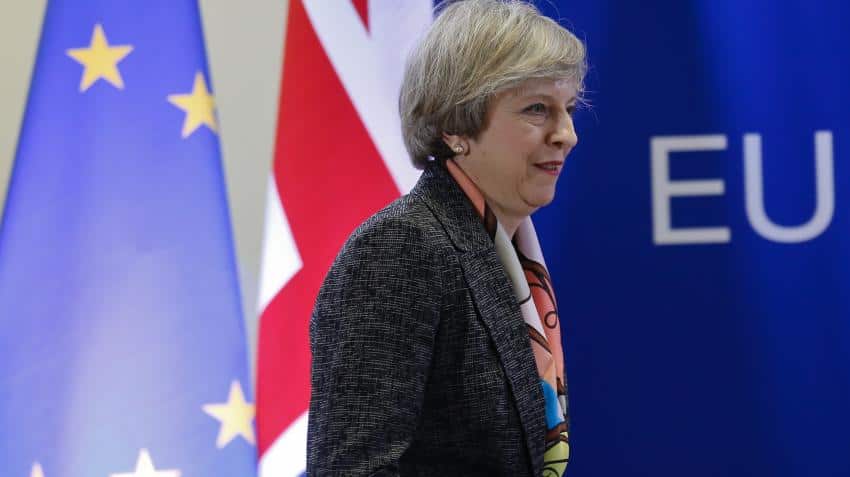 The European Union (EU) reportedly intended to exclude the financial services sector from a trade deal with Britain after Brexit, media reports said.

According to Brussels-based online newspaper EUobserver on Tuesday, the bloc's new draft negotiating guidelines spelled out that any free trade deal that would allow the London continued access to EU markets would require that Britain continued to respect the EU's regulatory and supervisory standards.

An earlier version of the guidelines only said that future trade agreement should "not endanger financial stability in the Union and encompass safeguards against unfair competitive advantages, Xinhua news agency reported.

The change would serve a blow to British Prime Minister Theresa May, who has called an election for June 8. In a letter sent to the EU to notify of Britain`s exit, she argued for an ambitious free trade agreement that covers financial services.

France, Germany and other countries are looking to attract financial companies once Britain leaves the single market with Brexit.

EU leaders, without May, are scheduled to gather in Brussels on Saturday to agree on Brussels` negotiation guidelines.

A new draft of guidelines will be discussed at a political level by European affairs ministers on Thursday, before being endorsed in Saturday`s summit.