Diplomats say they will reflect the 27`s previous insistence on a "balance of rights and obligations" -- notably that Britain will have less access to EU markets if it opts out of the bloc`s system of centralised rules and common budget contributions. 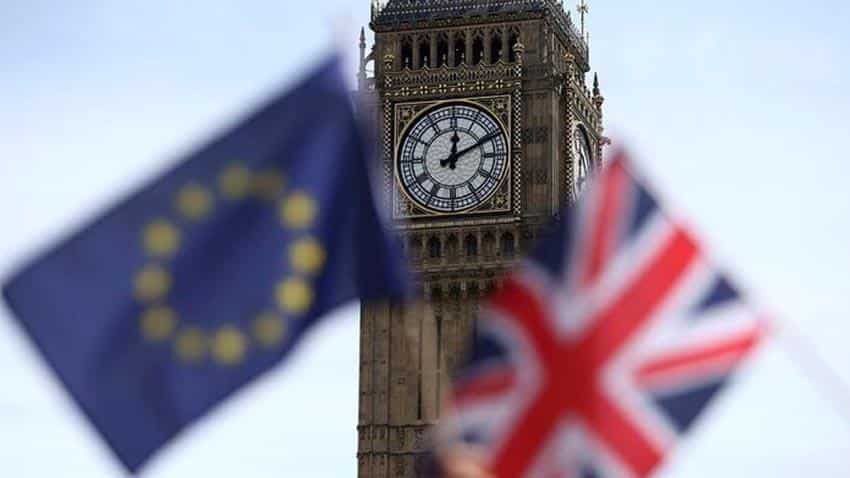 The European Union will tell Britain on Friday how it aims to negotiate its "orderly withdrawal" from the bloc, limit uncertainties for businesses and pave the way for a close future partnership.

Donald Tusk, who chairs the European Council, will send leaders of the other 27 member states his proposed negotiating guidelines for Brexit talks before presenting the main principles in Malta two days after British Prime Minister Theresa May formally triggered the two-year withdrawal process.

Tusk will speak around 9:45 a.m. (0745 GMT), alongside the Maltese premier Joseph Muscat whose government holds the bloc`s rotating presidency. Shortly beforehand, EU envoys from the 27 governments will meet in Brussels to study the draft guidelines.

Once endorsed by leaders at a summit on April 29, these will pave the way for talks which the EU`s chief negotiator Michel Barnier expects to start in about two months.

Diplomats say they will reflect the 27`s previous insistence on a "balance of rights and obligations" -- notably that Britain will have less access to EU markets if it opts out of the bloc`s system of centralised rules and common budget contributions.

In December, the leaders agreed: "In the future, we hope to have the UK as a close partner of the EU."

After May wrote to Tusk on Wednesday to confirm Britain`s departure, they issued a statement saying: "The Union will act as one and preserve its interests. Our first priority will be to minimise the uncertainty caused by the decision of the United Kingdom for our citizens, businesses and member states."

The negotiations will be among the most complex international talks ever undertaken.

Businesses big and small are unsure how they will trade across the new EU-U.K. frontier and some three million EU expatriates in Britain and a million or so British expatriates are unsure of their residence rights.

Barnier has said tackling those uncertainties will be his top priority, along with ensuring Britain pays what Brussels argues it owes as a share of commitments made by the EU but not yet funded -- maybe of the order of 60 billion euros. May says Britain will fulfil its obligations.

British officials will pay close attention to what Tusk says about launching talks on a free trade deal during the two years, before the Brexit settlement is final.

May said she wants those to start "alongside" those on the withdrawal treaty while the EU`s official line is that it wants to hold off until divorce terms are clear.

Also under scrutiny will be what Tusk says on the terms of a transition period, on the assumption a free trade pact cannot be concluded for some years after 2019.

May wants to show Brexit supporters ahead of an election in 2020 that Britain has truly left the bloc. But the continentals may insist that if Britain retains some rights of membership during the transition, it continue to be subject to the kind of budget payments and legal oversight that irk many Britons.

Reports of firing at Bhim Army chief Chandrashekhar Azad not established: UP police