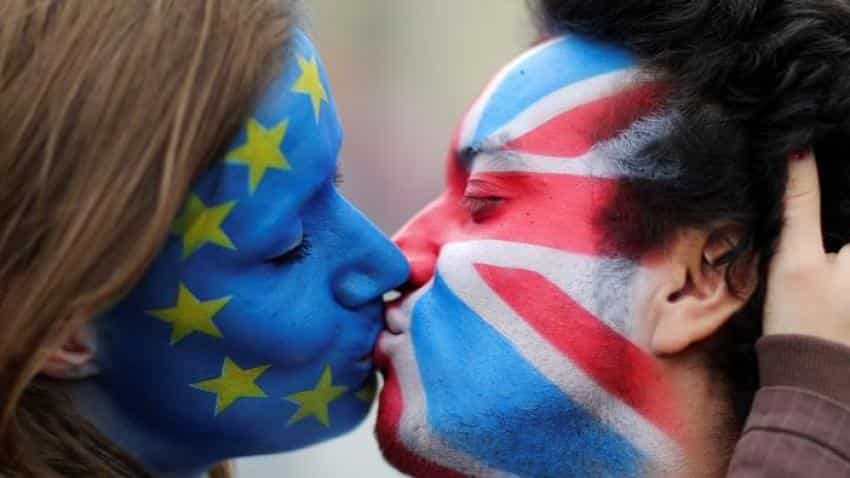 Two activists with the EU flag and Union Jack painted on their faces kiss each other in front of Brandenburg Gate to protest against Brexit in Berlin. Image Source: Reuters

The European Parliament will not accept an agreement for Britain`s exit from the European Union that would endanger any of the four EU freedoms, including the freedom of movement of people, parliament`s negotiator Guy Verhofstadt said on Tuesday.

Verhofstadt spoke to reporters after meeting Britain`s minister in charge of leaving the EU, David Davis.

"It is impossible to find a solution that would destroy the so-called four freedoms," Verhofstadt said.

"These four freedoms are key, they are a basic element of the European Union: the freedom of movement of goods, services, capital and of people. We will certainly never accept whatever development where these four freedoms at put at risk," he said.