The loss-making company has been trying to hit production targets, but the tweet by Musk opened up a slew of new problems including government scrutiny and lawsuits. 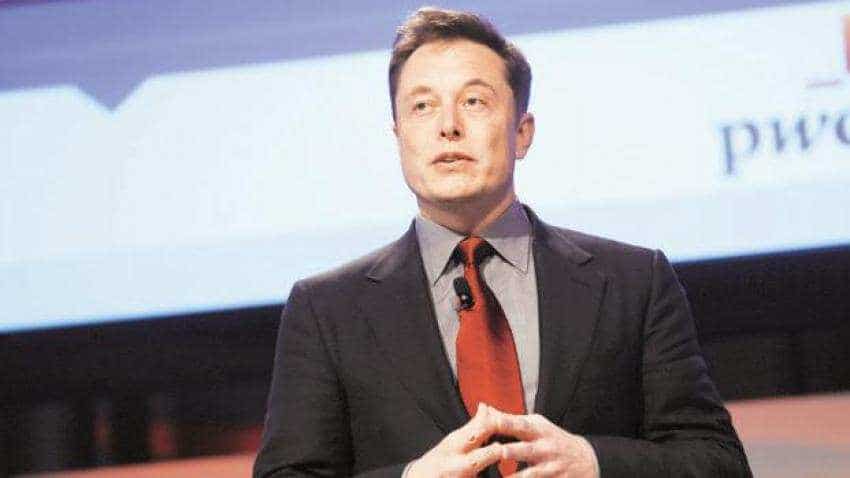 Musk startled Wall Street last week when he said in a tweet he was considering taking the auto company private for $420 per share and that funding was "secured." He has since said he is searching for funds for the effort.

Musk said on Monday that the manager of Saudi Arabia`s sovereign wealth fund had voiced support for the company going private several times, including as recently as two weeks ago, but also said that talks continue with the fund and other investors.

The New York Times report said another possibility under consideration is that SpaceX would help bankroll the Tesla privatisation and would take an ownership stake in the carmaker, according to people familiar with the matter.

Musk is the CEO and controlling shareholder of the rocket company.

Tesla and SpaceX did not respond when Reuters requested comment on the matter.

In a wide-ranging and emotional interview with the New York Times published late on Thursday, Musk, Tesla`s chief executive, described the difficulties over the last year for him as the company has tried to overcome manufacturing issues with the Model 3 sedan.

"This past year has been the most difficult and painful year of my career," he said. "It was excruciating."

The loss-making company has been trying to hit production targets, but the tweet by Musk opened up a slew of new problems including government scrutiny and lawsuits.

The New York Times report said efforts are underway to find a No. 2 executive to help take some of the pressure off Musk, people briefed on the search said.

Musk has no plans to relinquish his dual role as chairman and chief executive officer, he said in the interview.

Musk said he wrote the tweet regarding taking Tesla private as he drove himself on the way to the airport in his Tesla Model S. He told the New York Times that no one reviewed the tweet before he posted it.

He said that he wanted to offer a roughly 20 percent premium over where the stock had been recently trading, which would have been about $419. He decided to round up to $420 - a number that has become code for marijuana in counterculture lore, the report said.

“It seemed like better karma at $420 than at $419,” he said in the interview. "But I was not on weed, to be clear. Weed is not helpful for productivity. There`s a reason for the word `stoned.` You just sit there like a stone on weed," he said.

Some board members recently told Musk to lay off Twitter and rather focus on operations at his companies, according to people familiar with the matter, the newspaper report said.

During the interview, Musk emotionally described the intensity of running his businesses. He told the newspaper that he works 120 hours a week, sometimes at the expense of not celebrating his own birthday or spending only a few hours at his brother`s wedding.

"There were times when I didn`t leave the factory for three or four days — days when I didn`t go outside," he said during the interview. "This has really come at the expense of seeing my kids. And seeing friends."

To help sleep, Musk sometimes takes Ambien, which concerns some board members, since he has a tendency to conduct late-night Twitter sessions, according to a person familiar with the board the New York Times reported.

"It is often a choice of no sleep or Ambien," he said.