Earthquake in Indonesia: An earthquake of 4.6 magnitude on Richter scale has rattled the Timor region in Indonesia. The earthquake took place at 9:18 AM local time when people were reaching their offices. 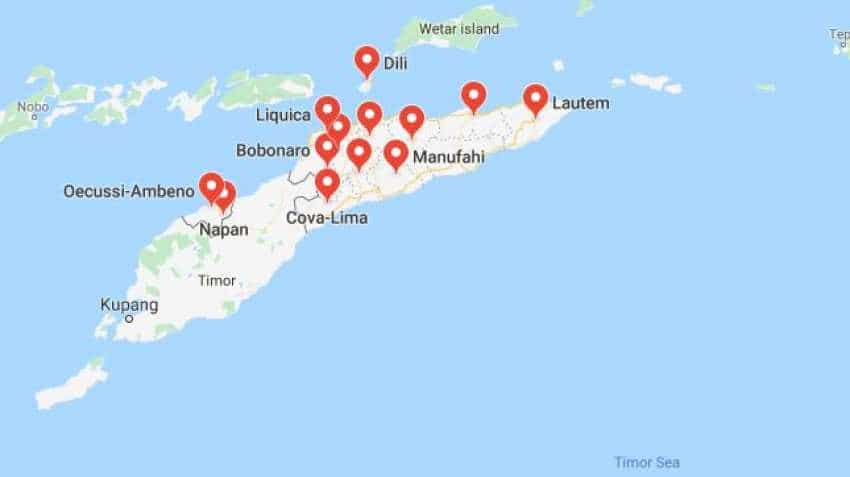 Expected energy being released in this earthquake is to the tune of 139 MWh or 120 tons of TNT (Tri Nitro Toluene). Photo: Google Map
Written By: ZeeBiz WebTeam
Edited By: Harish Dugh
RELATED NEWS

When the earthquake took place, people were on way to their office and since the earthquake was of low magnitude, some people failed to feel the earthquake's tremors. However, the local administration and the meteorological department reported the earthquake taking place at 9:18 AM local time. Expected energy being released in this earthquake is expected to the tune of 139 MWh or 120 tons of TNT (Tri Nitro Toluene).