"My agenda will be based on a simple core principle: putting America first," said the president-elect, whose victorious campaign tapped the anger of working-class Americans who feel left behind by globalization, singling out trade deals such as the TPP as key culprits. 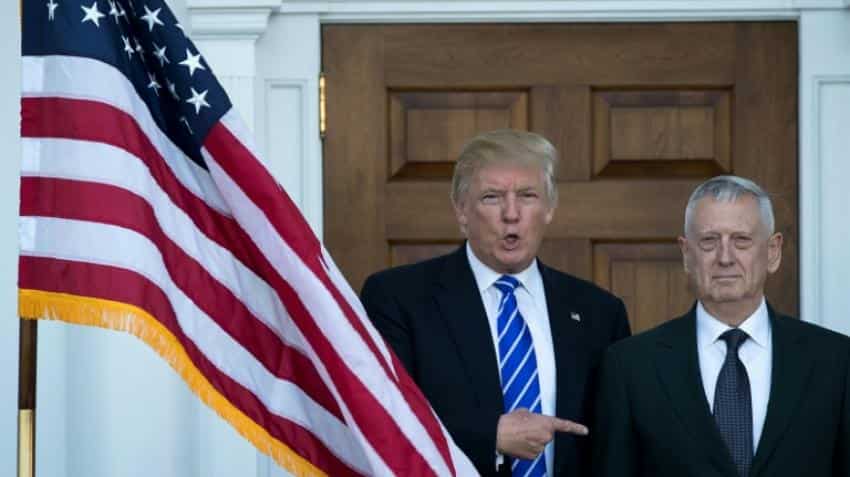 Donald Trump vows to withdraw from TPP 'on day one'. Pic: AFP

Donald Trump has announced the United States will signal its withdrawal from the Trans-Pacific Partnership (TPP) trade deal on his first day in the White House, as one of six immediate steps aimed at "putting America first."

The Republican billionaire -- who for 10 days has been sounding out cabinet picks at his Trump Tower offices in New York -- made the pledge in a short video message.

The 70-year-old property tycoon outlined a list of priorities for his first 100 days and executive actions to be taken "on day one" -- on half a dozen issues from trade to immigration, national security and ethics -- in a push to "reform Washington and rebuild our middle class." 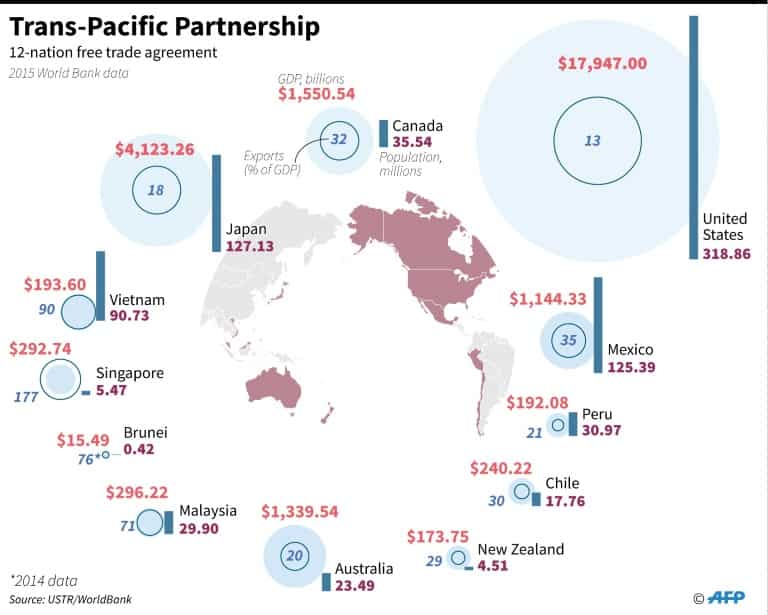 "On trade, I am going to issue our notification of intent to withdraw from the Trans-Pacific Partnership, a potential disaster for our country," said Trump, who takes office January 20.

"Instead, we will negotiate fair, bilateral trade deals that bring jobs and industry back onto American shores," he said.

Both the 12-nation TPP and the North American Free Trade Agreement featured heavily in the brutal White House race -- accused of harming the US economy and jobs -- and many see Trump`s victory as a repudiation of ever-deeper commercial ties.

Asian leaders have been scrambling to save the TPP, and US Trade Representative Michael Froman warned last week that scrapping it would have "serious" strategic and economic costs.

Trump`s pledge to pull out of the deal was one of six points on which he promised immediate executive action -- which he can take without Congressional approval -- all of which broadly echoed his campaign positions.

Sticking to his theme of protecting US jobs, Trump said he would direct the Department of Labor to investigate abuses of visa programs "that undercut the American worker."

On energy, the president-elect has pledged to boost the oil and gas sector and bring back coal, reversing Obama`s efforts to encourage renewables.

In the video message he promised to "cancel job-killing restrictions on the production of American energy -- including shale energy and clean coal -- creating many millions of high-paying jobs."

Regarding national security, Trump said he would ask the Department of Defense and the Chairman of the Joint Chiefs of Staff to "develop a comprehensive plan to protect America`s vital infrastructure from cyber-attacks, and all other form of attacks."

On cutting government red tape -- another central pledge -- he promised "a rule which says that for every one new regulation, two old regulations must be eliminated."

And on the subject of ethics -- the Republican has vowed to "drain the swamp" in Washington, although his own transition team includes several lobbyists -- he promised "a five-year ban on executive officials becoming lobbyists after they leave the administration."

There was no mention in the message of some of Trump`s biggest campaign promises -- notably his pledge to build a wall along the Mexican border, deport millions of immigrants, restrict Muslim immigration, or repeal the Obamacare healthcare law.

The video was issued as the stream of would-be appointees continued at his New York headquarters, with the day`s talk focusing on retired general James "Mad Dog" Mattis being nominated as secretary of defense.

Despite the 66-year-old Marine`s renowned frankness -- "Be polite, be professional, but have a plan to kill everyone you meet" -- he enjoys warm support in Washington and should sail through confirmation.

Trump`s camp has said no new nomination announcements were imminent.

"It could come this week. It could come today but we`re not in a rush to publish names just because everybody is looking for the next story," campaign manager Kellyanne Conway said.

After Mattis, Trump`s other choices may prove more complicated, such as that for secretary of state, reportedly between former Massachusetts governor Mitt Romney and former New York mayor Rudy Giuliani, both of whom met Trump over the weekend at his golf club in New Jersey.

After meeting potential hires, Trump hosted private talks with a group of top US news anchors and executives -- with whom he repeatedly feuded during the campaign -- for what Conway described as a chance to "hit the reset button."

Late on Tuesday or early on Wednesday, Trump is to fly to his Mar-a-Lago resort in Florida to take a "brief" Thanksgiving holiday break with his family.